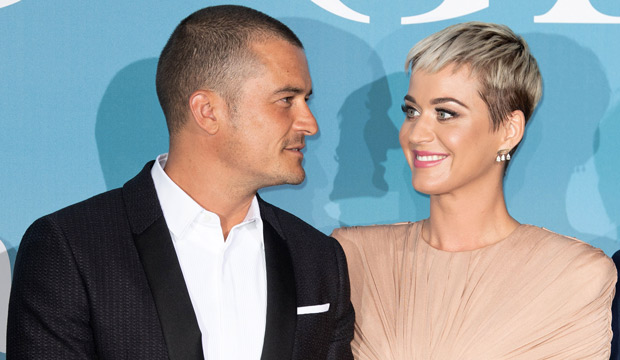 It isn’t enough that “American Idol” judge Katy Perry gets to attend what amounts to a concert by possible future stars of tomorrow each week. She actually spends her days off on weekends re-watching the reality talent show with her fiance, actor Orlando Bloom, and her family members.

“Sunday is usually family night for us — Orlando, myself, my sister, my parents, my brother,” the pop chanteuse, 34, whose hits include  “I Kissed a Girl,” “Teenage Dream” and “Firework,” told “Us” magazine at an “American Idol” event in Los Angeles. “So, it’s like cuddling with the kids, and we usually watch ‘Idol’ on Sunday night and have dinner, and we’ll have takeout or what have you. So we went to Crossroads last night and had Impossible Burgers. There were 20 of us.”

As anyone knows from watching Perry’s antics on “Idol,” food figures large in her life. On Sunday’s show, when she dressed up as Ursula, a tentacled sea witch from the Disney animated film “The Little Mermaid,” she chowed down on giant crab legs that host Ryan Seacrest revealed had been sitting around since early morning.

SEEHow far will she go? Why Madison VanDenburg could win ‘American Idol’

In fact, Perry told Idaho contestant Johanna Jones, whose day job is cooking beef patties at  the In-N-Out Burger, that she and Bloom, 42, met when both were at the 2016 Golden Globes. Her security guard got her several burgers from the chain and the actor suddenly grabbed one from her. Apparently, it was love at first bite.

Bloom has paid a visit to the TV show’s set “a couple of times” and has opinions on who is his favorites among the Top 8 hopefuls. In fact, both are big fans of Alejandro Aranda, who performed “Remember Me” from “Coco” for Disney night this week. “I mean, we have a certain type of love for all contestants, but we see kind of that magic thing that you don’t often see very often in Alejandro.”

She and Bloom got engaged on Valentine’s Day. When asked if she would have any of the season 17 singers to perform at their wedding, she laughed and said that they will have “too big of careers, I hope, after this.”