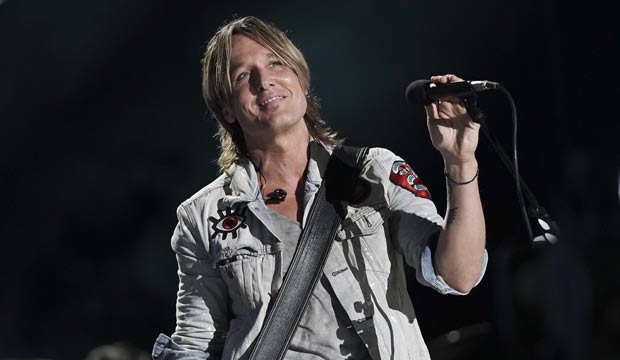 Keith Urban has been a country music mainstay for decades now, so it’s perhaps surprising that he has never won Entertainer of the Year at the Academy of Country Music Awards. But it hasn’t been for a lack of trying. This year he’s nominated for the top prize for the ninth time. Could this be the year he finally takes it?

But there’s hope. Urban also suffered a long drought at the Country Music Association Awards. He won Entertainer of the Year there on his first try (2005), but then he lost nine times (2006-2011, 2014, 2016, 2017) before finally winning again last fall. So perhaps the ACMs will be inclined to follow suit.

Urban has only one other ACM nomination this year, Male Artist of the Year, which could put him at a disadvantage. However, the only nominee in the Entertainer of the Year race with more nominations is Chris Stapleton who leads all artists with six noms (tied with Dan and Shay), but he hasn’t won either.

SEE2019 ACM Awards presenters announced, including a ‘Game of Thrones’ kingslayer, a private eye and many more

According to the combined predictions of hundreds of Gold Derby users, the aforementioned Aldean will win for the fourth year in a row; he gets leading odds of 82/25. Given his three past victories, we know the academy loved Aldean, and he’s receiving the Artist of the Decade Award on top of that.

But maybe the decade award will actually work against Aldean here. Since voters already know he’ll be taken care of with a grand honorary prize, perhaps they’ll want to look elsewhere in the Artist of the Year race. If so, no one is more due for the honor than Urban. Do you think he can pull off an upset?