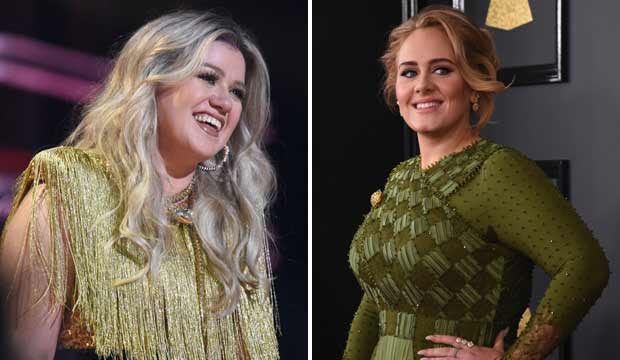 Kelly Clarkson is an underdog for Best Pop Album at the Grammys this year. She’s nominated for “Meaning of Life,” her eighth studio album, but it’s her only nomination this year, so she ranks third in our predictions with odds of 5/1. However, she has surprised us before. In fact, she’s a two-time upset winner in this race, which ties her with Adele for the most victories in the category. With another victory she would stand alone as this award’s biggest champ.

Clarkson’s previous wins were surprising because both times she defeated albums that were up for Album of the Year — even though she never has been. In 2006 she won for her second album, “Breakaway,” when two of her opponents for Best Pop Album were also nominated in the top category: Paul McCartney (“Chaos and Creation in the Backyard”) and Gwen Stefani (“Love. Angel. Music. Baby.”). That year she also won Best Female Pop Vocal Performance for one of her biggest hits, “Since U Been Gone.”

Then in 2013 Clarkson won for her fifth album, “Stronger,” when she was up against Album of the Year nominee “Some Nights” by Fun. That made Clarkson the first two-time winner in the category, which was first handed out in 1968 and then every year from 1995 onward. Adele quickly caught up with her, though. She won for “21” (2012) and then “25” (2017), both of which won Album of the Year.

This year Clarkson could be especially formidable since there are no nominees for Album of the Year in her category. The current front-runner according to our predictions is “Sweetener” by Ariana Grande (18/5 odds), followed by “Reputation” by Taylor Swift (39/10 odds). But Grande only has one other nomination this year: Best Pop Solo Performance for “God is a Woman.” And Swift, like Clarkson, isn’t nominated anywhere else. In fact, none of the nominees for Best Pop Album have more than two total nominations this year, so the playing field is about as level as you can get.

Clarkson hasn’t been indomitable, though. While she has won twice, she also lost twice: in 2010 she was up for “All I Ever Wanted,” and in 2016 she contended for “Piece by Piece,” but neither nomination was successful. However, that also means that her nomination this year for “Meaning of Life” is her fifth bid, which ties Justin Timberlake for the most of all time, so this is a historic bid for Clarkson no matter which way you slice it. Will she also get that historic victory?