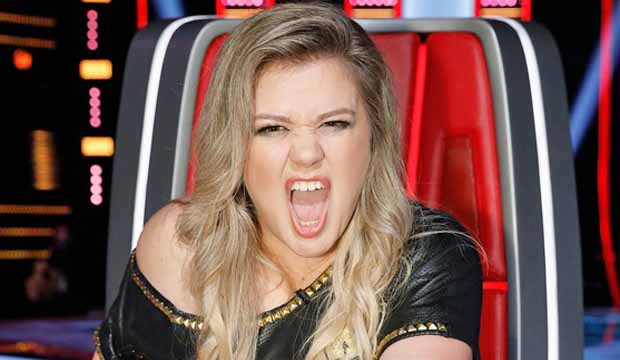 When it seems that the biggest compliment a singer can hear on “American Idol” these days is to be called “the next Kelly Clarkson,” apparently not everyone knows the identity of the first winner on the show. Or they don’t watch NBC’s “The Voice,” where she serves as a mentor, or that she will be the host of the televised Billboard Music Awards on May 1.

But apparently someone associated with the 2019  Academy of Country Music Awards that aired on Sunday night did not recognize the vocal powerhouse behind such chart-topping  singles “Since U Been Gone”or “Stronger.” Even more strange, she performed twice during the ceremony, pairing with the night’s big winners Dan + Shay, who took home three honors, as they performed their nominated song “Keeping Score” right alongside Clarkson. She also shared the stage with Jason Aldean.

Clarkson, never shy about sharing her emotions, tweeted about the seat mix-up at the awards show. She wrote: “The greatest thing by far that happened to me tonight was being asked to move because some guy thought I was a seat filler at the ACM’s tonight#CantWinEmAll.” She cutely posted a GIF of actor Nathan Fillion on “Castle” trying to correct someone. She added:  “Literally, it made my night because he was so serious, and I just politely said no hahaha!!”

The greatest thing by far that happened to me tonight was being asked to move because some guy thought I was a seat filler at the ACM’s tonight 🤣😂 #CantWinEmAll 💁🏼‍♀️ literally, it made my night because he was so serious, and I just politely said no hahaha!! pic.twitter.com/LuQDloKgR3

At least she had a sense of humor about it and it got a rise out of her 12.3 million Twitter followers as well as they stood up for their queen. Here is one reply that suggests a certain coach on “The Voice” with the last name of Shelton might be pranking her: