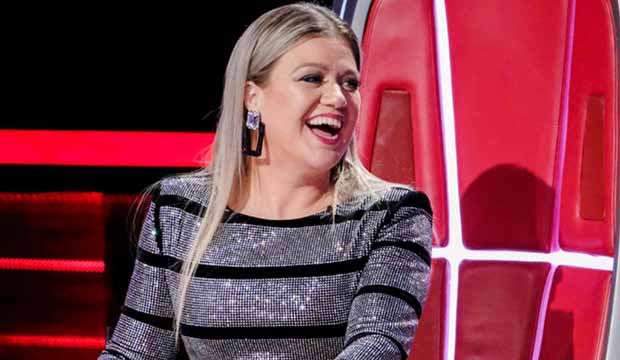 Blake Shelton is in “The Voice” record books for winning three championships in a row from Season 2 to Season 4 (Jermaine Paul, Cassadee Pope, Danielle Bradbery). Over the past dozen cycles, no other coach has even come close to matching that consecutive record. Until now. With two victories under her belt so far, Kelly Clarkson is just one shy of tying Blake’s record of three in a row that’s held firm for a whopping 12 seasons. Can she pull off this rare feat?

As a refresher, Kelly prevailed in Season 14 with pop artist Brynn Cartelli and again in Season 15 with country singer Chevel Shepherd. (Watch our exclusive interview with Chevel.) That makes Kelly the only female coach in “The Voice” history to win two in a row, and the second overall next to Blake. Of course, Blake has won six overall championships throughout his 16-season coaching career, but only three of those were consecutive.

SEE Uh-oh! 70% of ‘The Voice’ fans have NOT forgiven Adam Levine for throwing DeAndre Nico under the bus [POLL RESULTS]

Since Season 16 is still currently in the blind auditions, let’s take a quick look at Kelly’s team after the first two episodes. Which one of them is the likeliest to make it to the Finals and help their coach tie Blake’s record of three in a row?

Karen Galera — Kelly instantly hit her button for this member of the Latin community, surprising all of her rival coaches. John Legend later also turned his chair around, though he didn’t quite know what he was up against with Karen, who performed “Mi Corazoncito” in honor of her brother. Both Kelly and John wanted desperately to coach the first bilingual winner on “The Voice,” but Karen’s choice ultimately came down to something completely random: she picked Kelly because they shared the same birthday.

Rizzi Myers — As it turns out, singer-songwriter Rizzi originally met Kelly 12 years earlier at one of her post-“American Idol” concerts. This 29-year-old mother of two even brought along photo evidence to prove the meeting actually happened. Three coaches turned their chairs around during Rizzi’s performance of Ariana Grande‘s “Breathin’”: Kelly, Blake and John. However, the special bond that the Tennessee resident had for the Texas coach helped Rizzi decide to join Team Kelly.

The Bundys — This sibling trio made “The Voice” history for being the first three-person group to appear and get a chair-turn. The two sisters and one brother chose “Closer to Fine” as their audition song and caused two coaches to hit their buttons: Kelly and Blake. While it seemed as though the Bundys were legitimately considering both options, their decision was made for them when Kelly impressed the family with her mentions of influential artists Eva Cassidy and Fleetwood Mac.