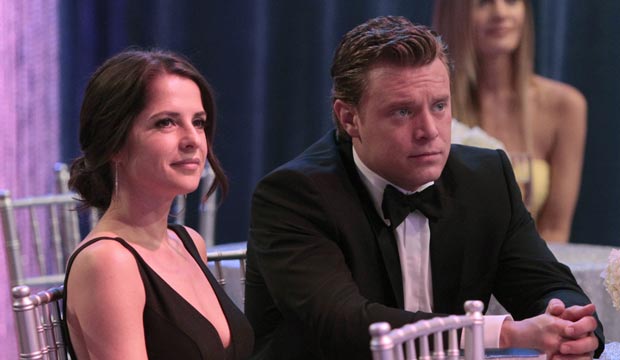 There may be a mini soap opera behind the scenes at ABC’s “General Hospital.” It was recently confirmed by Billy Miller that he’s exiting the show after five years of playing Drew Cain (née Jason Morgan). But his co-star Kelly Monaco responded on August 12 by tweeting, “I can not come up with the words to describe how I feel about this decision … a decision that may not be what our audience thinks to be true. I’m heartbroken … more to come.” Scroll down to read her complete message.

That came a couple of weeks after Miller publicly shared his feelings in a letter, writing, “Now, instead of sadness, I am filled with gratitude for all your support, encouragement, and every emotion shared … I would be remiss in this crazy, unpredictable world we all love so much if I did not hold out the possibility that maybe our goodbye is really … until next time.”

When Miller joined the cast of “GH” in 2014 he was taking over the role of Jason Morgan, a character that had been made famous by Steve Burton. By that time Burton had set up shop at Miller’s soap opera alma mater “The Young and the Restless.” But when Burton returned to “GH” from “Y&R” in 2017, he resumed the role of Jason and Miller’s character was retconned as Jason’s long lost twin brother Drew. In real life, Miller and Burton are 10 years apart in age, but such is the magic of soaps.

What do you think of Miller’s exit from “GH”? And where do you hope he ends up next?

I feel like I have to address this situation. #BillyMiller ‘s untimely departure from #gh. Honestly, I can not come up with the words to describe how I feel about this decision… a decision that may not be what our audience thinks to be true. I’m heartbroken… more to come.