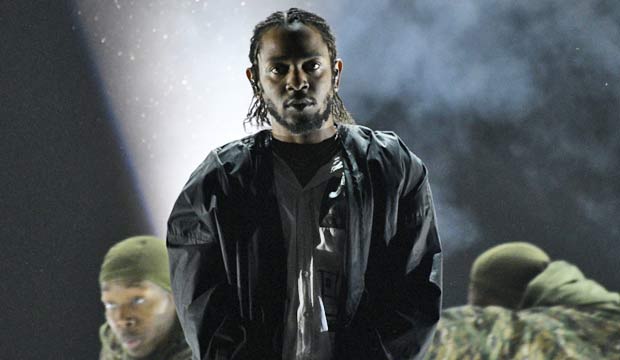 Kendrick Lamar still hasn’t won a Grammy in the general field, but he has been virtually unbeatable in rap categories. Will he continue his reign in the race for Best Rap Performance with “King’s Dead,” his collaboration with Jay Rock, Future and James Blake? This may be his toughest challenge given the level of his competitors this year.

“King’s Dead” was featured on the “Black Panther” soundtrack, for which Lamar is nominated for Album of the Year. It wasn’t the biggest hit from the album — it peaked at number-21 on the Billboard Hot 100, which makes it one of the lowest charting in this especially jam-packed category. But Lamar has been nominated four times before in this race and won three of them.

Lamar controversially lost his very first nomination in the category to Macklemore and Ryan Lewis in 2014. But the recording academy made it up to him after that, and they haven’t stopped. He went on to win Best Rap Performance in 2015 (“I”), 2016 (“Alright”) and 2018 (“Humble”). In fact, since his initial losses in 2014 Lamar has been nominated in rap categories 11 times, and he has won 10 of them. His only loss was Best Rap/Sung Performance as a featured artist on Beyonce‘s “Freedom” in 2017. He did also lose Best Rap Song in 2016 for “All Day,” but that doesn’t really count since he lost to himself (“Alright”).

Will he still be indomitable this year? Three of his rival nominees were bigger hits. “Be Careful” by Cardi B peaked at number-11. “Sicko Mode” by Travis Scott, Drake, Big Hawk and Swae Lee recently hit number-one after weeks near the top of the charts. And “Nice for What” by Drake spent eight weeks at number-one earlier this year. Chart performance isn’t everything, but Cardi B and Drake also have broad support from the recording academy: like Lamar they’re both nominees for Album of the Year and Record of the Year.

Lamar is still the year’s most nominated artist with eight bids, though, but he can’t rest on his laurels this time around. Maybe the “King” really is dead. Long live the king — or queen.