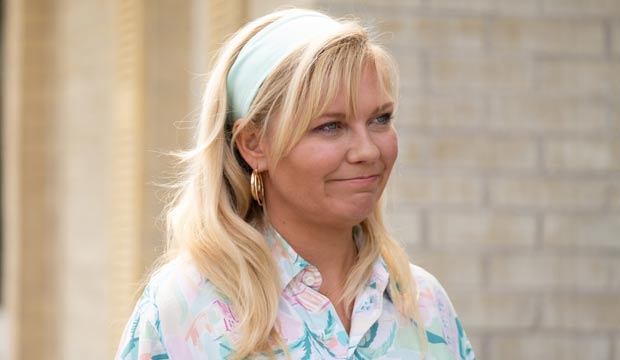 Are we underestimating Kirsten Dunst (“On Becoming a God in Central Florida”) at the Golden Globes? After Phoebe Waller-Bridge (“Fleabag“) took over the Emmys in September, our early odds say that aura will extend to the Golden Globes as well, but Dunst is in a good position to possibly upset.

The Golden Globes often follow what’s trendy and cool, and Waller-Bridge fits that description to a T. She’s one of the most admired TV comedy creators since Tina Fey during the heyday of “30 Rock.” But “Fleabag” is competing for its second season. Like the Emmys, the Globes didn’t nominate “Fleabag” at all in its first year, so it remains to be seen if the small, mercurial Hollywood Foreign Press Association that decides the Globes will jump on the bandwagon too.

The Globes also tend to gravitate to shows that have that new car smell, and “On Becoming a God” fits that bill. It premiered in August and hasn’t been feted yet by any major awards group. Often the Globes like to get there first, as they did with shows like “Ugly Betty,” “Transparent,” “The Marvelous Mrs. Maisel” and “The Kominsky Method.” Those shows won Best Comedy Series after premiering in the fall of their respective years. And their lead actors went along for the ride.

That could happen for Dunst, who plays a water park employee rising through the ranks of a lucrative pyramid scheme. We currently rank her third with 5/1 odds based on the combined predictions of more than 1,000 Gold Derby users who have made their forecasts here in our predictions center. But James_Fenimore thinks she’ll win. He’s one of our Top 24 Users, which means he got one of the highest scores predicting last year’s Globe TV nominations. He’s also one of our All-Star Top 24, which means he was one of the highest scorers when you combine the last two years’ predictions as well.

The Globes have liked Dunst since she was a child, nominating her for her breakthrough role as a young bloodsucker in “Interview with the Vampire” (1994) and then nominating her again 21 years later for her grown-up performance in the anthology series “Fargo.” But she hasn’t won yet, so Globe voters might want to make it up to her.

And even if the HFPA loves “Fleabag,” they could decide to give Waller-Bridge her due in Best Comedy Series and save the acting award for Dunst. That happened when actors like Amy Poehler (“Parks and Recreation”), Gina Rodriguez (“Jane the Virgin”) and Tracee Ellis Ross (“Black-ish”) won Best TV Comedy Actress while the top series award went to a different show. Might that happen here? It’s possible “God” could finally answer Dunst’s prayers.