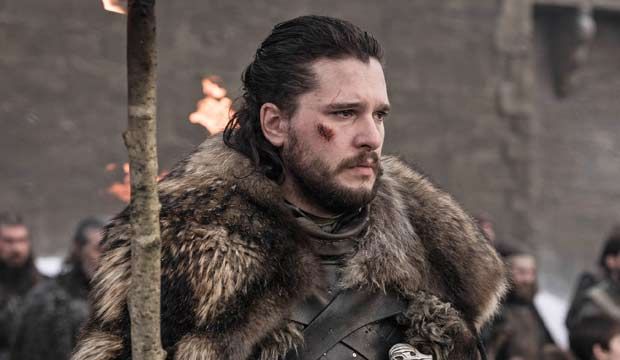 Kit Harington has been to hell and back on “Game of Thrones” after eight seasons, but the actor is still only a fresh-faced 32-year-old. A previous Emmy nominee for Best Drama Supporting Actor for his role as Jon Snow (2016), he’s now a contender in the lead race. And if he manages to claim that throne he would be the youngest actor to do so in, well, about as many years as he’s been alive. Visit our predictions center here to let us know what you think about this Emmy race.

The last time someone that young prevailed was 1987, which was less than a year after Harington was born in December 1986. Best Drama Actor that year went to “Moonlighting” star Bruce Willis, who himself was 32 when he claimed that prize on his second nomination. Willis would win another Emmy 13 years after that: Best Comedy Guest Actor for “Friends” (2000).

Only two actors have ever won Best Drama Actor at a younger age. Bill Cosby was 28 the first time he prevailed for “I Spy” in 1966; he won twice more after that consecutively at ages 29 and 30. But the all-time record-holder as the youngest champ in the category is Richard Thomas, who won for “The Waltons” in 1973 when he was only 22. Why, Jon Snow hadn’t even died and been resurrected yet when he was that age.

It’s not uncommon for 30-somethings to win Best Drama Actor, but they usually succeed in their late-30s, like Tom Selleck (“Magnum, P.I.”) and Michael Chiklis (“The Shield”), both of whom claimed the honor when they were 39. James Gandolfini was a few days shy of his 39th birthday the first time he won for “The Sopranos.” Even at age 35, Rami Malek was unusually young when he took home this prize in 2016 for “Mr. Robot.”

Age isn’t the only Emmy bias Harington has to contend with. He must also overcome the television academy actors branch’s ambivalence about “Game of Thrones.” The series typically receives numerous acting nominations, especially in its later seasons when it became an awards juggernaut. But the only actor who has ever won for the show is Peter Dinklage, who claimed Best Drama Supporting Actor three times (2011, 2015, 2018).

Harington wasn’t even nominated when he tried for a Best Drama Actor nomination last year, but this year we think it’ll be different. Based on the combined predictions of over 1,000 Gold Derby readers, he ranks fifth with 8/1 odds, which puts him firmly in position for his first bid as a leading man. And two of the Expert journalists we’ve polled think he’ll win too: Thelma Adams (Gold Derby) and Anne Thompson (IndieWire).

SEE7th heaven: You are confident all 7 main ‘Game of Thrones’ stars will be Emmy-nominated

Do you agree with our consensus that Harington will be nominated, and maybe even win, or do we know nothing? You can make or update your own predictions here.