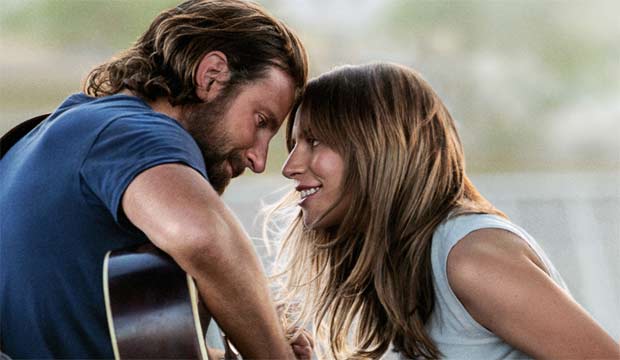 “A Star is Born” only won one Oscar out of its eight nominations: Best Song for “Shallow,” which was co-written by Lady Gaga. But Gaga and Bradley Cooper‘s performance of that song during the February 24 telecast has given them a nice capstone for their whirlwind awards year. The Oscars gave them such a boost that the “Star is Born” soundtrack returned to number-one on the Billboard 200 albums chart, while “Shallow” skyrocketed to number-one on the Billboard Hot 100 singles chart for the first time.

The soundtrack jumped two spots to reclaim the top spot on the albums chart for its fourth nonconsecutive week. It moved a total of 129,000 equivalent album units, which include album sales, individual track sales, and online streams. That’s an increase of 153% from the previous week, fueled not only by the Academy Awards performance and victory for Lady Gaga, but also a widely publicized Amazon discount four days after the Oscars.

“Shallow” made an even bigger jump on the singles chart. It rocketed all the way from number-21 to claim the top spot this week. Its previous peak position was number-five, which it reached last fall in its second week of release — that was the week corresponding to the film’s theatrical opening. This is Lady Gaga’s fourth chart-topper, following “Just Dance” (2009), “Poker Face” (2009) and “Born This Way” (2011), and it’s the first time an Oscar winner for Best Original Song has topped the chart since Eminem‘s “Lose Yourself,” which held number-one for 12 weeks from 2002-2003.

Not bad when all is said and done. “A Star is Born” didn’t win Best Picture, Gaga didn’t win Best Actress and poor Cooper is now zero-for-seven with the motion picture academy. But nevertheless his directorial debut grossed $429 million worldwide and made him a Grammy-winning, chart-topping, platinum-selling recording artist. And Gaga now has an Oscar, a BAFTA, two Golden Globes, two Critics’ Choice Awards and a total of nine Grammys. Talk about going off the deep end.