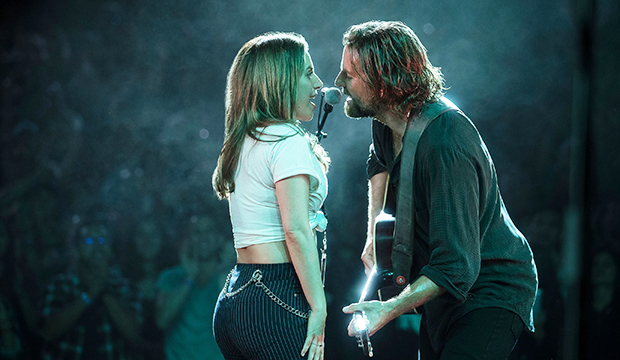 That lyric is from the very first Best Song Oscar winner, “The Continental,” from the 1934 Fred Astaire and Ginger Rogers musical, “The Gay Divorcee.” It’s a celebration of the power of dance to ignite the flames of desire.

Now “Shallow,” a more clear-eyed view on matters of the heart (“Ain’t it hard keeping it so hardcore?”) from “A Star Is Born” is part of that Academy Award tradition. But the fact is,  such honored love songs are becoming a rarity.

It used to be that romantic tunes regularly caught Oscar’s ear. Occasionally, a song of yearning like 1939’s “Over the Rainbow” from “The Wizard of Oz,” “When You Wish Upon a Star” from 1940’s “Pinocchio” and “White Christmas” from 1942’s “Holiday Inn” broke through. There also novelty numbers such as “Swinging on a Star” from 1944’s “Going My Way” or “On the Atchison, Topeka and the Santa Fe’ from 1946’s “The Harvey Girls.”

The swooniest era? The 1950s. “Mona Lisa,” “Secret Love,” “Three Coins in a Fountain,’ “Loves Is a Many Splendored Thing,” “All the Way.” Only the don’t-give-up anthem “High Hopes” from 1959’s “A Hole in the Head” broke the mold. The ’60s had its share of romantic ballads like “Call Me Irresponsible” and “The Shadow of Your Smile” but then there was “Chim Chim Cher-ee” and “Talk to the Animals.” And the ’70s had “The Way We Were,” “You Light Up My Life” and “Evergreen.”

But since the 21st century dawned, Bob Dylan‘s Oscar-winning song from 2000’s “Wonder Boys” says it all — “Things Have Changed.” Conside that the first rap songs rhymed their way far beyond “moon” and “June” with Eminem‘s “Lose Yourself” from 2002’s “8 Mile” and “It’s Hard Out Her for a Pimp” from 2005’s “Hustle & Flow.” Another trend: empowering songs tied to documentaries in the form of Melissa Etheridge‘s “I Need to Wake Up” from the climate change-themed “An Inconvenient Truth.” A rousing Bollywood dance number, “Jai Ho” from 2008’s “Slumdog Millionaire,” was quite a change of pace. Only two winners, “Falling Slowly” from 2007’s “Once” and “The Weary Kind’ from 2009’s”Crazy Heart” fall into the love song category.

As for this decade,”Man or Muppet” from 2011’s “The Muppets” and “We Belong Together” from  2010’s “Toy Story 3” aren’t quite melodies that spark snogging. Neither does the two James Bond themes, Adele‘s “Skyfall” from the 2012 film of the same name and Sam Smith‘s “Writing’s on the Wall” from 2015’s “Spectre” that inspire paranoia more than passion. Besides “Shallow,” only “City of Stars” from the 2016 musical “La La Land” comes close.

So cherish the fact that Lady Gaga and Bradley Cooper brought romance back to the Oscars, since who knows when it will happen again.

Will Lady Gaga take our breath away (and win another Oscar) with her new 'Top Gun: Maverick'…

BAFTA Experts predictions: Who will win Best Actress? Will 'Dune' dominate below the line?