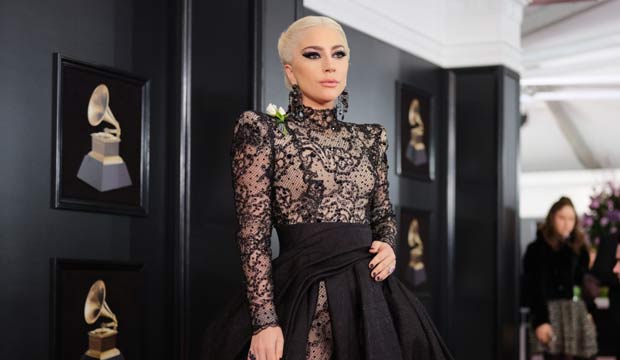 Lady Gaga has a champagne problem next month. She’s nominated for five Grammys including Record of the Year and Song of the Year for “Shallow,” her “A Star is Born” duet with Bradley Cooper. And she was just nominated for Best Actress for “A Star is Born” at the BAFTA Awards. But both ceremonies take place on the same day: Sunday, February 10. What’s an in-demand singer-turned-actress to do? Well, our users weighed in, and they say she should skip the BAFTAs and attend the Grammys instead. Scroll down to see the complete poll results at the bottom of this post.

But our readers don’t think “A Star is Born” should be completely unrepresented at the BAFTAs. Almost two-thirds of respondents (64%) have an elegant solution: since both she and Cooper are nominated at both events, Gaga should attend the Grammys while Cooper journeys across the pond. Cooper, who is a movie star first and a musician second, could join his filmmaking brethren at the British academy. Gaga, who rose to fame as a singer and is already a six-time Grammy winner, could bring her awards journey full circle and celebrate the music that got her here.

It’s not unanimous, though: 14% of respondents think they should both focus on film and go to the BAFTAs, 13% think they should both be at the Grammys, and 8% recommend the opposite split with Cooper at the Grammys and Gaga at the BAFTAs. Then there’s that last 1% who think both entertainers should take the night off and entertain themselves at home. Do you agree with our poll results? Will they win at both events? 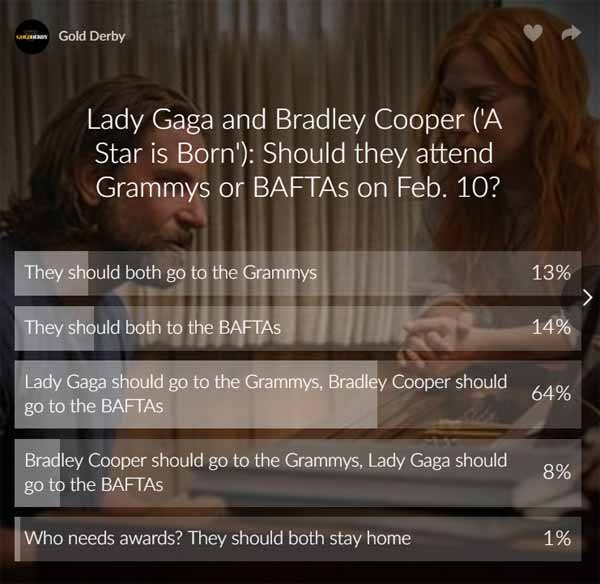