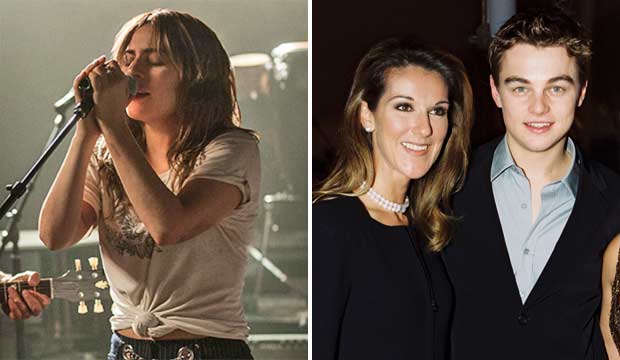 Soundtrack songs used to be all the rage at the Grammys. But none have won Record of the Year since “My Heart Will Go On” by Celine Dion, the inescapable hit from “Titanic.” That was in 1999 — exactly 20 years ago. But 2019 looks like it could be a renaissance for movie music. “Shallow” by Lady Gaga and Bradley Cooper from “A Star is Born” is nominated for Record of the Year, and it’s one of the top contenders to win.

Movie tunes had their Grammys golden age in the 1990s, when half of the Record of the Year winners were from feature films: Eric Clapton‘s “Tears in Heaven” from “Rush” (1993), Whitney Houston‘s “I Will Always Love You” from “The Bodyguard” (1994), Seal‘s “Kiss from a Rose” from “Batman Forever” (1996), Clapton’s “Change the World” from “Phenomenon” (1997), and the aforementioned “Titanic” love ballad at the end of the decade.

A number of other cinematic songs were nominated that decade, but didn’t win, including Bryan Adams‘s “(Everything I Do) I Do it For You” from “Robin Hood: Prince of Thieves” (1992), the Disney classics “Beauty and the Beast” (1993) and “A Whole New World” from “Aladdin” (1994), and Bruce Springsteen‘s “Streets of Philadelphia” (1995), just to name a few.

But sometime around the turn of the century, soundtrack songs stopped crossing over to the music industry’s biggest awards. After “My Heart Will Go On” won, only one tune from the big screen was even nominated for Record of the Year: Eminem‘s “Lose Yourself” from “8 Mile” (2004) Even a blockbuster hit like Idina Menzel‘s “Let it Go” from “Frozen” didn’t make the cut in the Grammys’ top category.

But that changed this year when the recording academy nominated both “Shallow” from “A Star is Born” and Kendrick Lamar and SZA‘s “All the Stars” from “Black Panther.” Of the two, “Shallow” is likelier to win, according to our racetrack odds; it’s tied with Childish Gambino‘s “This is America” with leading odds of 9/2.

But while it’s a dead heat when you consider all of the thousands of Gold Derby users who have made their predictions, “Shallow” actually has support from a majority of the Expert journalists we’ve polled thus far and most of the Editors who cover awards year-round for Gold Derby. Could we be at the start of another era of soundtrack supremacy?