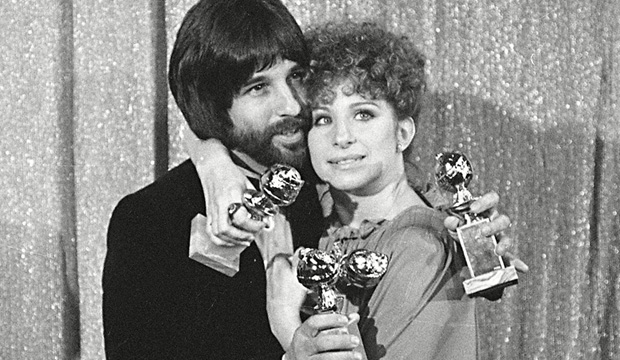 Lady Gaga will win two Golden Globes on Sunday for “A Star is Born.” According to the combined predictions of thousands of Gold Derby readers, she will take home the Best Actress (Drama) award for her heartbreaking performance as Ally Campana, a rising talent discovered by Jackson Maine (Bradley Cooper). And she will share in the win for the original song “Shallow” that she and Cooper sing in the film.

This is the third musical remake of this classic Hollywood tale, first filmed in 1937. Back in 1976, Barbra Streisand headlined a version that was also set in the world of rock music. For her role as breakout star Esther Hoffman, she won the best actress award over on the musical/comedy side. And she also shared in the win for Best Original Song for composing the love ballad “Evergreen” with lyricist Paul Williams. And, as a producer of the picture, which was named Best Musical or Comedy of the year, she picked up a third trophy.

While Lady Gaga did double duty on the film, her co-star, Cooper, wore five hats. He co-wrote the screenplay and several songs, directed, acted and produced. He was snubbed by the Globes for his writing but contends for his other three jobs. We expect him to lose the Best Director race to Alfonso Cuaron (“Roma”) but he is tipped to win Best Actor (Drama) and to share in the win for Best Drama of 2018.