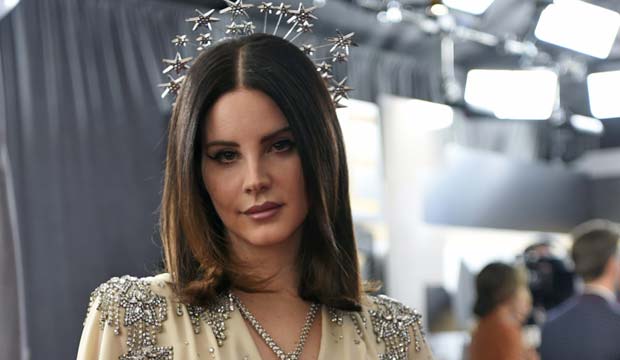 When Lana Del Rey dated the release of her latest album “Norman Fucking Rockwell!” for Friday, August 30, one day before the 2020 Grammy Awards eligibility cutoff, the idea that she might receive her first ever Album of the Year nomination for it still seemed like wishful thinking. After all, the initial singles from the project – “Mariners Apartment Complex” and “Venice Bitch” – were released a full year ago in September 2018 and only found recognition stateside as mid-tier performers on the Billboard digital charts.

The best performing song was “Doin’ Time,” a cover of the 1997 Sublime track, which peaked at number-four on the Bubbling Under Hot 100 chart on June 1, 2019 and was given a video treatment only one day before the album dropped. But that video in only one weekend amassed 8.4 million views on YouTube. Compare that to the views of “Venice Bitch,” released a year ago, which stands at 9.1 million. By that small stat alone, and as buzz for the album continues, it would seem as if the wishful thinking might actually come true.

Reviews for the album also poured in over the weekend, and they’re not just good, they’re stellar. Pitchfork, an outlet of notoriously tough nuts to crack, rated the album a 9.4 out of 10, making it their current highest rated album of the year. They haven’t rated an album that high since 2014 with D’Angelo’s “Black Messiah,” an album that surprised in the Grammy general field by scoring a Record of the Year nomination for “Really Love” and going on to win both Best R&B Album and Best R&B Song.

Prior to that in this decade, Pitchfork only doled out higher ratings to Kanye West’s “Yeezus” (2013), Frank Ocean’s “Channel Orange” (2012), Kendrick Lamar’s “good kid, m.A.A.d. city” (2012), Bon Iver’s “Bon Iver, Bon Iver” (2011) – all receiving a 95 – and West’s “My Beautiful Dark Twisted Fantasy” (2010) at a 100, putting “NFR!” in very good company. Ocean and Lamar each received an AOTY nomination for their albums and Bon Iver scored both Song of the Year and Record of the Year nominations for “Holocene” in addition to being named Best New Artist. West was unfortunately unable to find either of his albums up for AOTY, but “All of the Lights” did get a well-deserved SOTY nomination in 2012 in addition to both albums being recognized in multiple rap categories during their years.

In addition to Pitchfork, “NFR!” has been received well enough by other outlets to give it a current aggregate score of 87 on MetaCritic, including a perfect score from NME, a 90 from Rolling Stone and an 80 from Slant. With these and other best-of-her-career reviews, Lana is surely headed for her first Album of the Year nomination and possibly her first ever Grammy win, right? She has four previous nominations, three for her own work – Best Pop Album (“Paradise” in 2014 and “Lust for Life” in 2018) and Best Visual Media Song (“Young and Beautiful” from “The Great Gatsby” in 2014) – and one as a featured artist on frequent collaborator The Weeknd’s AOTY nominee “Beauty Behind the Madness” in 2016.

Lana’s album is written and produced by her in tandem with one of pop music’s newest saviors Jack Antonoff, the man at the pen on Album of the Year-nominated titles “Some Nights” by Fun (2013) and “Melodrama” by Lorde (2018) as well as some tracks on 2016’s AOTY winner “1989” by Taylor Swift. So it seems the stars are aligning for Lana this time around: critical success, prestige in the studio and the consensus that this is one of her most mature and accessible albums to date.

So … could it actually “Fucking” happen? Is “Norman Fucking Rockwell!” finally going to get Lana Del Rey an Album of the Year nomination? Furthermore, which “NFR!” track should she push as her contender in ROTY and SOTY? Let us know your thoughts.

MAKE YOUR PREDICTION: Who will win Album of the Year?
To save your prediction, you must log in to Gold Derby. Click here to sign in with existing account -- or create a new one.
PREDICTthe Grammys now; change as often as you like until nominees are announced