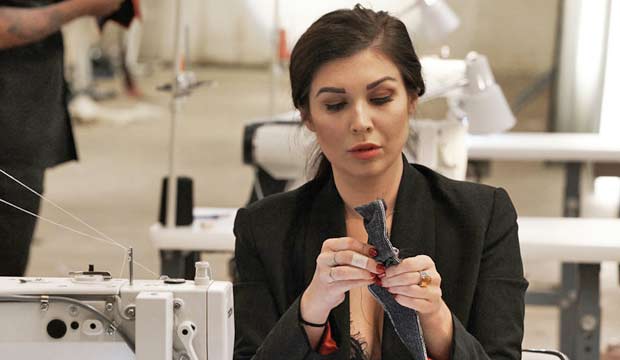 With only nine “Project Runway” contestants left this season, it’s getting harder to weed out the unworthy contestants since almost all of them have proven themselves to be worthy along the way. But “Project Runway” fans we’ve polled this week in our predictions center think Lela Orr will be out tonight, even though she just got her first high score from the judges last week.

Orr was introduced in the season premiere episode as a luxury designer focused on eco-friendly, sustainable fashion, but in the very first challenge the judges nearly put her in the compost heap. She was in the bottom three, though she was quickly declared safe. After that she flew under the radar for weeks, getting nothing but safe scores until “Elegance is the New Black,” when her sculptural black-and-white dress won her a spot in the judges’ top three for the first time.

But when the judges gave that dress a closer look they didn’t like it nearly as much as when it first walked down the runway, so even then they were ambivalent about Orr’s work. When six of her rival designers have won challenges already, that doesn’t leave Orr with any room for error tonight. The slightest mistake could send her packing, so we give her leading 17/5 odds of being eliminated tonight.

Our readers also think there’s a chance Jamall Osterholm will be eliminated. He ranks second with 4/1 odds even though he won last week’s challenge and has immunity from elimination this week. So he would have to withdraw from the competition voluntarily in order to be out, or else commit an infraction so great he ends up disqualified. But Hester Sunshine had immunity last week and sent pasties down the runway, and the judges still couldn’t eliminate her, so Osterholm will probably be just fine. Probably.

SEE‘Project Runway’ recap: ‘Elegance is the New Black,’ but one designer had a total fashion blackout [UPDATING LIVE BLOG]

What do you think? Click on the elimination prediction graphs below to see more detailed forecasts for tonight’s show. 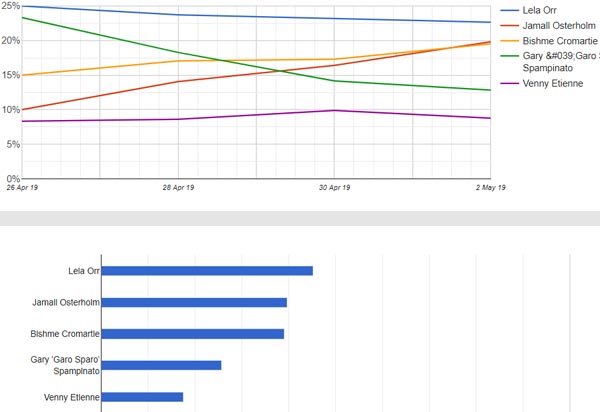