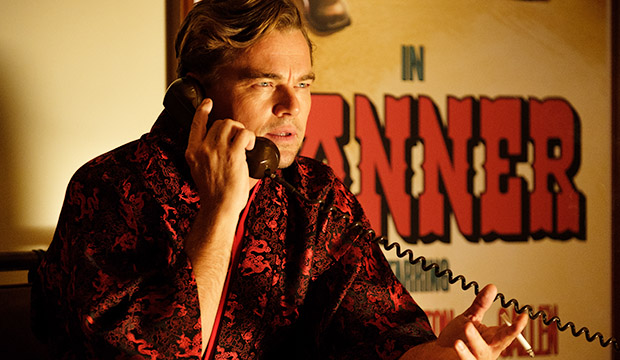 Leonardo DiCaprio is on a low-key streak at the Golden Globes. The three-time champ has won on his last two nominations and could make it three next month with “Once Upon a Time in Hollywood” in Best Comedy/Musical Actor. That would make him tied in fourth place for most film wins, which is something Rick Dalton could only dream of.

The actor is one of 18 who’ve taken home three Globes for film work, but it’s much less common to break that four-win barrier. Tom Hanks, who’s nominated this year in supporting for “A Beautiful Day in the Neighborhood,” and Shirley MacLaine have four wins. Rosalind Russell, who never lost a Globe, has five. Jack Nicholson is in second place with six, edged out by Meryl Streep, who has seven. Streep has a record eight wins overall when counting her TV victories and is up for another one this year for “Big Little Lies.”

On his 12th nomination, DiCaprio has long been a Hollywood Foreign Press Association favorite. He earned his first nomination in supporting for “What’s Eating Gilbert Grape?” (1993), but didn’t win until “The Aviator” (2004) in drama. Nine years later, he won in comedy for “The Wolf of Wall Street” (2013) and added second drama statuette two years after that for “The Revenant” (2015) en route to his first Oscar. His bid for “Once Upon a Time in Hollywood” is his first since that victory, not to mention the film marks his first acting role since “The Revenant” as well.

If he prevails, DiCaprio would also join a short list of multiple champs in the category. Four men — Michael Caine, Danny Kaye, Dudley Moore and Jack Nicholson — have won it twice, while Jack Lemmon and Robin Williams share a record three wins.

DiCaprio isn’t the only person who could hit four wins next month. His “Aviator” co-star Cate Blanchett is up for Best Comedy/Musical Actress for “Where’d You Go, Bernadette” and Renee Zellweger is the favorite to win Best Drama Actress for “Judy.”

In our early odds, DiCaprio is in second place behind Eddie Murphy (“Dolemite Is My Name”), but a majority of our Top 24 users — 12, to be exact — are forecasting a win for him. Taron Egerton (“Rocketman”) is in third, followed by Daniel Craig (“Knives Out”) and Roman Griffin Davis (“Jojo Rabbit”).