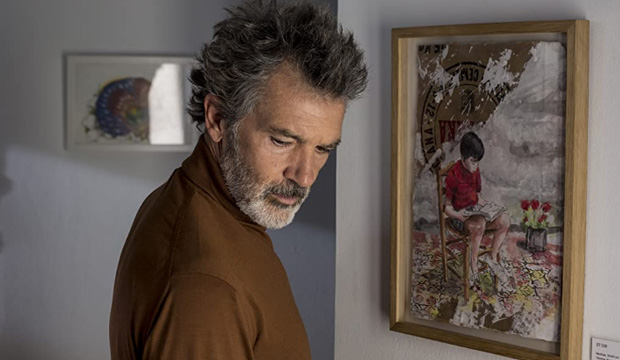 With wins for queer characters in “Bohemian Rhapsody,” “Green Book” and “The Favourite,” the 2019 Oscars were unprecedented when it comes to LGBT representation — though some feel the representations in “Rhapsody” and “Green Book” are problematic. But despite those visibility breakthroughs, “Can You Ever Forgive Me?” didn’t get to join the party. It lost all three of its nominations on Sunday night. But it’s not alone. Scroll through our gallery above of 35 great LGBT movies that were snubbed by the motion picture academy.

“Forgive Me” tells the true story of lesbian author Lee Israel (played by Melissa McCarthy), who made her living as a biographer but whose career hit a snag due to changing public tastes as well as her own alcoholism and caustic personality. To pay her bills she resorted to forging letters by literary greats like Dorothy Parker and Noel Coward, which she sold to collectors with the help of her old friend, gay ne’er-do-well Jack Hock (played by Richard E. Grant).

The film was adored by critics, and it did end up on the Oscars radar with nominations for Best Actress (McCarthy), Best Supporting Actor (Grant) and Best Adapted Screenplay (Nicole Holofcener and Jeff Whitty). It even won other awards along the way, including myriad critics’ prizes for its actors and surprise writing victories from the Independent Spirit Awards and Writers Guild Awards. But it didn’t win any of its Oscar noms.

Ironically, though, two of its losses were to representations of LGBT characters. McCarthy lost Best Actress to Olivia Colman (“The Favourite”), who played Queen Anne as she was torn between two women in her court (Emma Stone and Rachel Weisz). And Grant lost Best Supporting Actor to Mahershala Ali (“Green Book”), who played closeted pianist Don Shirley. The Adapted Screenplay Oscar ended up going to Charlie Wachtel, David Rabinowitz, Kevin Willmott and Spike Lee for “BlacKkKlansman.”

Can you ever forgive the academy for snubbing “Can You Ever Forgive Me?” What other queer films do you think were robbed at the Oscars?