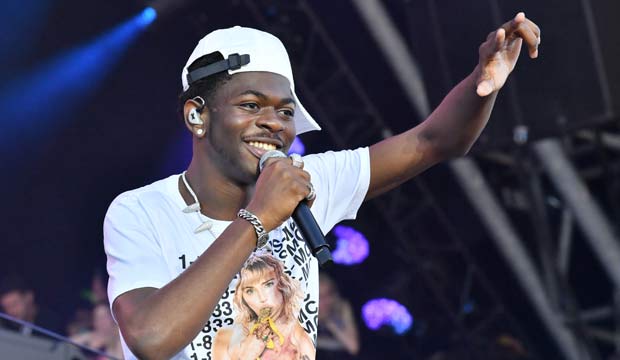 Apologies to any artists trying to release new songs this season — Lil Nas X and Billy Ray Cyrus‘s “Old Town Road” is number-one for the 13th straight week on the Billboard Hot 100 singles chart dated July 6. In doing so, it achieved two impressive feats. This is now the longest number-one run for any hip-hop song in Billboard history — and the longest for a country song too if you also consider it representative of that genre, which I do. And it also holds off yet another strong challenger to the throne: “Senorita” by Shawn Mendes and Camila Cabello, which debuts at number-two.

With its 13th week on top, “Old Town Road” surpasses 12-week hip-hop chart-toppers “Lose Yourself” by Eminem, “See You Again” by Wiz Khalifa featuring Charlie Puth, and “Boom Boom Pow” by the Black Eyed Peas. Lil Nas X and Cyrus now tie for 10th place on the list of the longest-running chart-toppers in history. “End of the Road” by Boyz II Men and “The Boy is Mine” by Brandy and Monica also spent 13 weeks on top. “Road” is three weeks away from tying the all-time record: “One Sweet Day” by Mariah Carey and Boyz II Men and “Despacito” by Luis Fonsi, Daddy Yankee and Justin Bieber spent 16 weeks as chart champs.

Can “Old Town Road” continue on its course, or will it be run off the road at last? It has now blocked seven songs from the top of the chart. He has done it to Mendes twice: “If I Can’t Have You” and now “Senorita” were both stopped in second place. Taylor Swift was also held at number-two with two songs: “Me!” and “You Need to Calm Down.” Lil Nas X has also held off Billie Eilish (“Bad Guy”), Post Malone (“Wow”) and Justin Bieber and Ed Sheeran (“I Don’t Care”).

It didn’t hurt his status that Lil Nas X also released his debut LP, “7,” which debuted at number-two on the Billboard 200 albums chart this week. And he officially came out of the closet too. So a queer black rapper has blended hip-hop with country to rule like no one else in his genre(s) ever has. Not a bad way to end Pride Month.