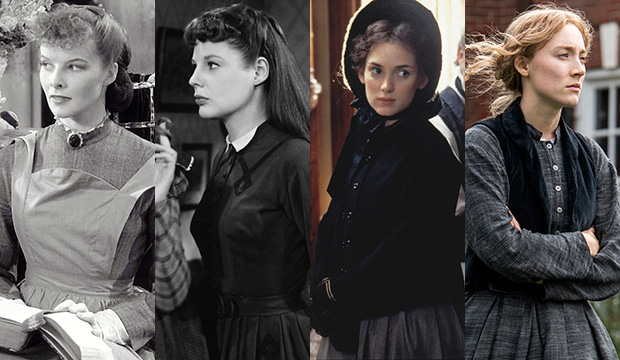 Greta Gerwig‘s adaptation of “Little Women” doesn’t open until Christmas, but it looks poised to be become the most nominated version in Oscar history. Of the categories currently in our predictions center (aka the ones without shortlists), “Little Women” is expected to reap bids in five of them, including Best Picture and Best Actress for Saoirse Ronan, and is in sixth place in two others, Best Director for Gerwig and Best Supporting Actress for Florence Pugh.

Gerwig’s “Little Women” is the seventh theatrical adaptation of the Louis May Alcott classic. Released in 1917 and 1918, the first two were silent films and pre-dated the Oscars. The next three versions, released in 1933, 1949 and 1994, all received Oscar nominations. The sixth was probably one you didn’t even know existed; it was a modern retelling of the story, with Lea Thompson playing Marmee March, and grossed just $1.4 million worldwide when it came out last year. And in case you have a very short-term memory, no, it was not up for any Oscars earlier this year.

Here’s exactly how those three adaptations that voters did take a shine to did with the academy:

Not too much math to do here: That’s eight nominations and two wins across three films. The most interesting thing is that these are eight different categories, so the “Little Women” Cinematic Universe has never competed in a category more than once.

If our predictions are correct, that will change with Gerwig’s remake, which rose in our odds following positive reactions from early screenings. Besides the aforementioned two categories, our odds are also forecasting nominations for adapted screenplay, costume design and production design. And the film will definitely a contender for two-time champ Alexandre Desplat‘s lush score. So this may be “Little Women’s” biggest date with Oscar yet.