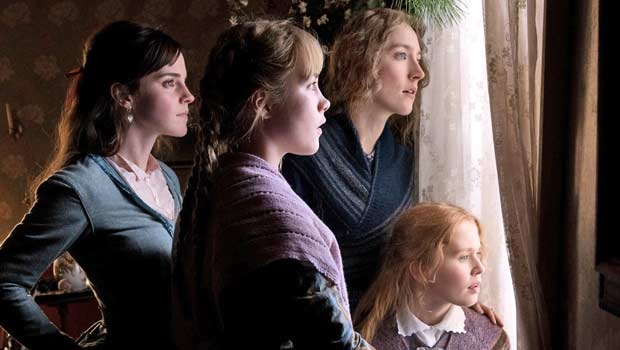 It was a little surprising when Greta Gerwig chose to adapt Louisa May Alcott‘s classic novel “Little Women” as her followup to her contemporary breakthrough film “Lady Bird.” That story of four sisters living during the Civil War era has been adapted multiple times before, after all, and Gerwig probably could have written her own check after her Oscar-nominated effort. But here it is, opening on Christmas Day, and the gamble seems to have paid off, at least where critics are concerned.

As of this writing the film has MetaCritic score of 90, which makes it one of the top 10 highest rated films of 2019 on the review aggregator. That’s based on 42 reviews counted thus far: 39 positive, 3 somewhat mixed, none outright negative. And of those positive reviews, 14 of them are scored a perfect 100, indicating not just admiration for the film, but adoration.

Meanwhile, the film is rated 95% fresh on Rotten Tomatoes, which classifies reviews simply as positive or negative as opposed to the sliding scale from 0-100 used by MC. That’s based on 155 reviews counted, only 8 of which are characterized as negative. The RT critics’ consensus summarizes those reviews by saying, “With a stellar cast and a smart, sensitive retelling of its classic source material, Greta Gerwig’s ‘Little Women’ proves some stories truly are timeless.”

Gerwig’s latest directing effort is being described as “deliciously feisty,” “evocative,” “wondrous” and “luminous,” among other effusive adjectives. The filmmaker “captures the vibrant world created by Alcott” and turns it into “a new classic.” The performances by the ensemble cast are “dynamic”; Saoirse Ronan is “fiery” as protagonist Jo, while Florence Pugh is being singled out for her “scene-stealing,” “tart” performance as Amy that “cuts through the honey” of the sentimental drama.

The film has already earned nine Critics’ Choice nominations including Best Picture, and the American Film Institute named it one of the top 10 films of the year. It under-performed somewhat at the Golden Globes, though, only earning nominations for Ronan’s performance and Alexandre Desplat‘s score, while the Screen Actors Guild overlooked it completely. Will its awards hopes strengthen after audiences get a chance to see it? Check out some of the reviews below, and join the discussion on this and more with your fellow movie fans here in our forums.

Lindsey Bahr (Associated Press): “There is a wild urgency to Greta Gerwig’s ‘Little Women’ that hardly seems possible for a film based on a 150-year-old book. But such is the magic of combining Louisa May Alcott’s enduring story of those four sisters with Gerwig’s deliciously feisty, evocative and clear-eyed storytelling that makes this ‘Little Women’ a new classic. “

Caryn James (BBC): “Greta Gerwig’s wondrous adaptation cuts through the novel’s moralistic surface to mine the themes beneath: feminism, creativity, independence and individuality … The performances are dynamic, notably those by Saoirse Ronan as the fiery Jo, Florence Pugh as the underestimated Amy, and Laura Dern as their wise mother, Marmee. And the film looks glorious. Wryly knowing and deeply emotional, it is a triumph.”

Hoai-Tran Bui (Slash Film): “Can you make a movie out of a weathered book spine? Compose a lilting score out of a stained page? If you could, it would be Gerwig’s ‘Little Women,’ the ‘Lady Bird’ director’s luminous, gorgeously gauzy adaptation of the coming-of-age classic. More than any other adaptation before it, Gerwig captures the vibrant world created by Alcott.”

Fionnula Halligan (Screen Daily): “It’s Florence Pugh who cuts through the honey with a tart rendition of Amy, giving the least obviously sympathetic March sister a scene-stealing, if not film-stealing, nonchalance … It’s only when Pugh gets her hands on spoiled younger sister Amy and opens up that often-overlooked strand of the work does the film seem to find relevance beyond its pretty fussiness.”