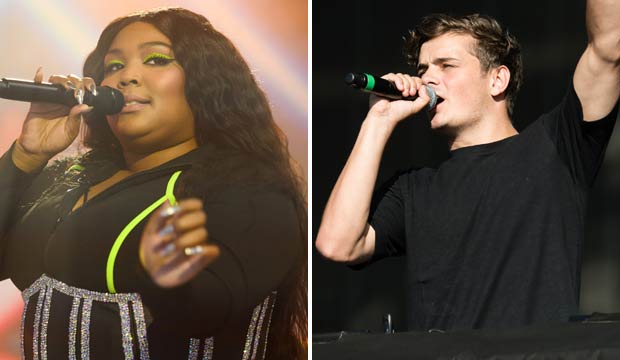 The MTV Movie and TV Awards celebrate fan-favorite work on the big and small screens, but what would an MTV event be without a little music. The network has announced two performances for the Jun 17 telecast: one by Lizzo, and another by Martin Garrix with Macklemore and Patrick Stump.

Hip-hop artist Lizzo has been working since 2010, but she has had a breakthrough year this year with her third album “Cuz I Love You,” which was released on April 19 and was her first to chart on the Billboard 200. It debuted at number-six on the chart and received mostly rave reviews from critics, scoring 81 on MetaCritic. This will be her first major televised awards show performance.

Dutch DJ and electronic dance music artist Garrix is known for his platinum singles “Animals,” “In the Name of Love” (with Bebe Rexha) and “Scared to Be Lonely” (with Dua Lipa), among other hits. At these awards he’ll be performing his latest single “Summer Days,” which dropped on April 25 and features Grammy-winning rapper Macklemore and Grammy-nominated artist Stump, who is the lead singer of Fall Out Boy, an alternative rock band that has won four MTV Video Music Awards over the last 14 years.

These awards will be hosted by Zachary Levi, who is himself a two-time nominee this year for his performance as the title DC Comics superhero in “Shazam!” The most nominated films at these kudos are “Avengers: Endgame” and “RBG” with four apiece. “Game of Thrones” is the top TV program, also with four nominations. Who do you think will win? You can place your bets here in our predictions center and update your forecasts as often as you like before the winners are revealed.