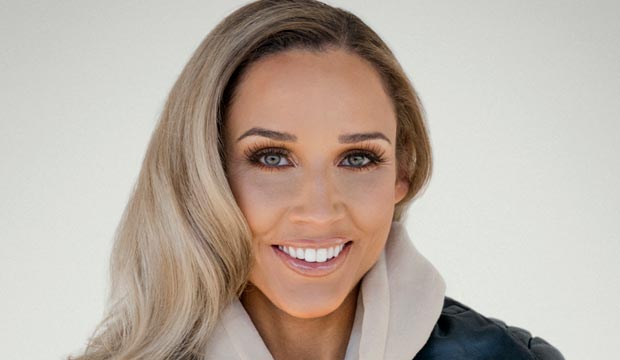 “I’m heartbroken,” admitted Lolo Jones on Wednesday’s episode of “Celebrity Big Brother” about her decision to vote out Ryan Lochte last week. As she explained, “It’s very hard as an Olympian to vote another Olympian to be out. I would never have imagined I would do that. But I wanted a team I could work with, that I was equal partnership with, and I never had that with Ryan.” After Tom Green and Kato Kaelin invited Lolo and Natalie Eva Marie into their alliance, Ryan’s fate was sealed.

SEE‘Celebrity Big Brother’ winner predictions: Tom Green will soon be singing ‘my bum is on the crown’

Soon after Ryan’s eviction, Lolo broke down in the bathroom with Natalie and Tamar Braxton. “I just voted against Team USA,” Lolo said through tears. “It’s like, this team took me in. He wouldn’t take me. The whole time he was here I tried. But I just feel like a traitor now. I just gotta get this out. When I got fourth in the Olympics, he was the one that helped me through that night when I was just so crushed.”

Natalie tried to console Lolo by telling her, “And he will do the same thing at the next Olympics, ’cause that’s how Ryan is. He’s just a good dude. He’s solid. Hence why we had to get him out.” She later added, “I love Ryan, but he had to go.”

Lolo and Natalie started the game in a tight alliance with Ryan and Jonathan Bennett, but after Lolo started suspecting Ryan and Jonathan had a final two deal, she turned on the boys. Ryan, who was Head of Household at the time, tried to convince Lolo he was still with her and even chose not to backdoor her when he got the chance. But Lolo ultimately sided with the house and voted out Ryan instead of Tamar.

Since Tom wound up winning the third HOH competition, it looks like Lolo chose the right alliance. The foursome of Lolo, Natalie, Tom and Kato brought a fifth person into the fold this week, Ricky Williams, and then nominated Kandi Burruss and Joey Lawrence for eviction. Find out who wins the Veto and who’s evicted live this Saturday, February 2.