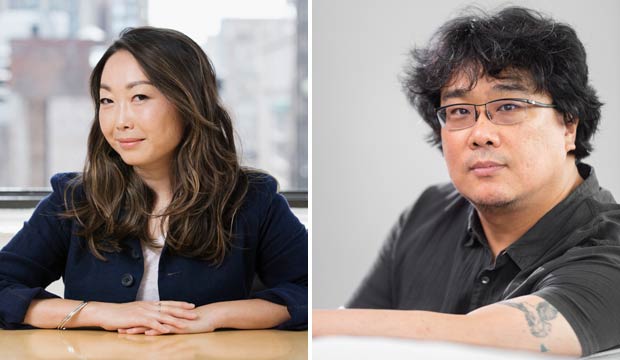 Lulu Wang (“The Farewell”) and Bong Joon Ho (“Parasite”) are both in the hunt for Best Director at the Oscars, and both of their candidacies would be historic. If they both make the cut, it would be the first time in history that two Asian filmmakers are nominated for the award at the same time.

As it stands there have only been three Oscar nominees for Best Director of Asian descent. Hiroshi Teshigahara was the first: the Japanese filmmaker was nominated for “Woman in the Dunes” (1965). He was followed by another Japanese director: Akira Kurosawa, arguably the most famous Asian filmmaker in cinema history, who earned his first and only Oscar nom in this category for “Ran” (1985). Kurosawa was given an Honorary Oscar soon thereafter (1990).

Then came Oscar’s most successful Asian director. Taiwanese Ang Lee earned his first nomination for “Crouching Tiger, Hidden Dragon” (2000). When he was nominated again for “Brokeback Mountain” (2005), he became the first Asian director to be nominated twice. He won for “Brokeback,” which made him the first Asian winner (though it notoriously lost Best Picture to “Crash”). Then he was nominated and won again for “Life of Pi” (2012), which also lost Best Picture (to “Argo”). So there has still never been a Best Picture champ helmed by an Asian filmmaker.

Chinese-American Wang earned critical acclaim for “The Farewell,” which was inspired by her own family’s story of hiding her grandmother’s terminal illness from the ailing woman. It opened in July, but more than a dozen of our Experts think it will be remembered come Oscar time with a Best Picture nomination. And a directing nom for Wang would be doubly historic. Not only would she be the first woman of color ever nominated for Best Director, she’d be only the sixth woman of any ethnicity to earn a nom.

Bong looks even stronger in our Oscar odds as of this writing: his lauded thriller “Parasite” about the class inequality between two families ranks among our top five contenders for Best Picture, and he ranks third for Best Director. He would be the first Korean filmmaker ever to earn a nomination. In fact, Korea has been so overlooked at the Oscars that the country has never even been nominated for Best Foreign Language Film (now dubbed Best International Feature) despite submitting 31 films over the years.

Do you think the academy will make history by nominating both Wang and Bong for Best Director? Could one of them even win?