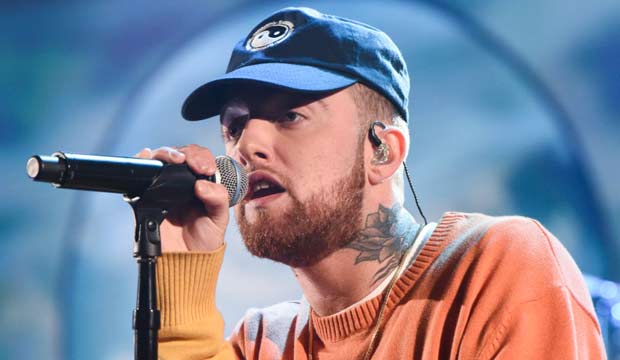 Rapper Mac Miller never earned a Grammy nomination during his life, which ended prematurely last September when he suffered a fatal drug overdose at age 26. But the recording academy nominated him posthumously for Best Rap Album for “Swimming.” Will they also honor him with a win when prizes are handed out this Sunday, February 10?

The Grammys have given out posthumous awards before, including quite recently. In 2017 David Bowie swept all four of his nominations for his final album “Blackstar,” including Best Alternative Album. He had died more than a year earlier at the age of 69. Then in 2018 Canadian legend Leonard Cohen claimed Best Rock Performance for “You Want it Darker” about a year and a half after he succumbed to leukemia at age 82. And this year there could be an additional posthumous winner. Chris Cornell died by suicide in 2017 when he was 52, and now he’s up for Best Rock Performance for “When Bad Does Good.”

Ray Charles holds the record for the most posthumous Grammys in a single year. He won five prizes in 2005 including Album of the Year for “Genius Loves Company” and Record of the Year for “Here We Go Again” with Norah Jones. That was several months after his death in 2004 when he was 73.

So Grammy voters are certainly sentimental when it comes to honoring artists who have been lost, but this year’s race for Best Rap Album is stacked. The current front-runner according to the combined predictions of thousands of Gold Derby users is Cardi B for “Invasion of Privacy.” She gets leading odds of 31/10 and is helped by the fact that she’s also nominated for Album of the Year, which almost always signals a victory in this category. And ranked second is Travis Scott for “Astroworld,” which topped the charts and was acclaimed by critics. He has three total nominations this year.

But one of the Expert journalists we’ve polled, Lyndsey Parker (Yahoo Music), says Miller will upset. Is she right? Overall he ranks third in our predictions with odds of 4/1, so don’t count him out.