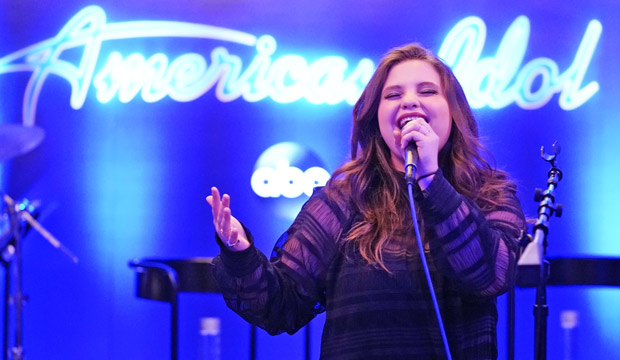 Madison VanDenburg has made it to the Top 5 of “American Idol.” This 17-year-old student hails from Cohoes, New York and reached the semi-finals of this reality competition series based on her nine performances to date beginning with the Top 40 back on March 31. Which of these has been your favorite so far? Vote in our poll below and then sound off in our comments section with your thoughts on this reboot of “American Idol.”

Do you think that Madison made the most of one of the two tunes she sang on the May 5 episode that saw the Top 6 reduced to the final five? Those songs were by Janis Joplin (“Piece Of My Heart”) and Celine Dion (“If It Makes You Happy”). Or was it her first time in the spotlight when she won over judges Luke Bryan, Katy Perry and Lionel Richie with her version of The Miracles hit “Who’s Lovin’ You”? Perhaps you favor one of the six other songs she has sung in the competition so far.

Take a look at her set list below and then weigh in with your pick for his best performance. And be sure to make your predictions so that all of the remaining “American Idol” contestants can see how they’re faring in our racetrack odds. You can keep changing your predictions until just before the next episode airs on ABC. You’ll compete to win a spot on our leaderboard and a $100 Amazon gift card.