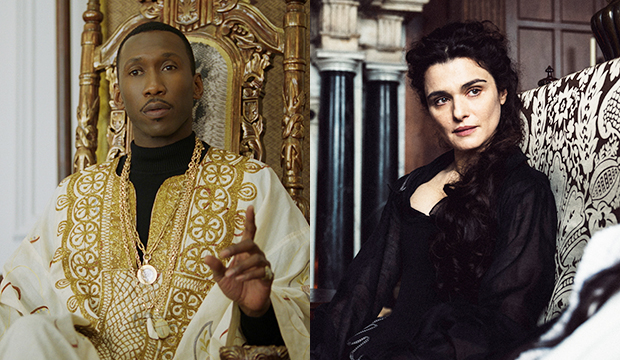 Mary Poppins is practically perfect in every way, but Mahershala Ali and Rachel Weisz could be actually perfect at the Oscars. The Oscar winners are on the verge of their second nominations, for “Green Book” and “The Favourite,” respectively, and could become the seventh and eighth actors to have a 2-for-2 record.

Only six actors have never lost an Oscar from multiple nominations:

Ali, who won Best Supporting Actor for “Moonlight” (2016), looks poised to triumph in the category again, with 17/5 odds, for his performance as pianist Don Shirley. He’s already won the Golden Globe and Critics’ Choice Awards, and is the frontrunner to take the Screen Actors Guild Award as well, where he could also achieve a 2-for-2 record.

Meanwhile, Weisz has been waiting 13 years for her sophomore nomination after her Best Supporting Actress win for “The Constant Gardener” (2005). Currently in fourth in our Best Supporting Actress odds, she’s hit all the major precursors and is the predicted BAFTA champ for her turn as Sarah Churchill. While Regina King (“If Beale Street Could Talk”) sits atop our Oscar predictions, her SAG and BAFTA snubs have added some unexpected wrinkles in this race. In recent split races, the BAFTA winner has dictated the eventual Oscar winner (see: Mark Rylance for 2015’s “Bridge of Spies,” Tilda Swinton for 2007’s “Michael Clayton” and Alan Arkin for 2006’s “Little Miss Sunshine”).

Ali and Weisz aren’t the only ones this year trying to go 2-for-2. Reigning Best Supporting Actor champ Sam Rockwell is in sixth place in our odds in the same category for “Vice” and has Globe and BAFTA nominations under his belt.

No one has managed to maintain a perfect record with three or more nominations, but Walter Brennan did go 3-for-3 before losing his fourth Best Supporting Actor bid for “Sergeant York” (1941).