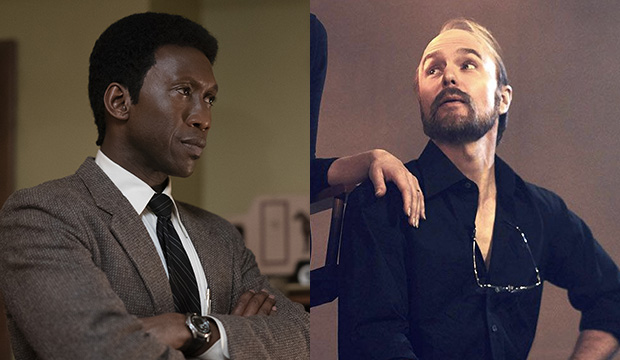 Mahershala Ali defeated Sam Rockwell for the Best Supporting Actor Oscar on Sunday, but Rockwell could get his revenge later this year at the Emmys. Both are in contention for Best Limited Series/TV Movie Actor bids for “True Detective” (Ali) and the upcoming “Fosse/Verdon” (Rockwell).

Ali, who won his second Oscar for “Green Book,” will try to do what Matthew McConaughey couldn’t accomplish five years ago with the first season of “True Detective”: win an Oscar and an Emmy in the same year. McConaughey seemed destined to follow up his Best Actor Oscar victory for “Dallas Buyers Club” (2013) with an Emmy after “True Detective” became a breakout hit during his Oscar run. But HBO, in hindsight miscalculating the show’s strength, flexed and submitted the anthology series in drama, and McConaughey lost Best Drama Actor to Bryan Cranston, who nabbed his fourth statuette for the final season of “Breaking Bad.”

Current rules prevent “True Detective” from pulling that stunt again (and HBO has likely learned its lesson anyway). Ali received sterling notices for his performance in Season 3, which was a return to form for the show after the abysmal second season that we’ll pretend never happened. He’s currently in first place in our early odds.

“Fosse/Verdon,” which premieres April 9 on FX, follows the professional and romantic partnership between theater king and queen Bob Fosse (Rockwell) and Gwen Verdon (Michelle Williams). Rockwell, last year’s supporting actor Oscar champ (“Three Billboards Outside Ebbing, Missouri”) who was up for “Vice,” has shaved his head bald to play the legendary choreographer and Oscar-winning director. The series comes from some folks who definitely know a lot about Broadway, “Hamilton”‘s Lin-Manuel Miranda and Thomas Kail, and “Dear Evan Hansen”‘s Steven Levenson.

FX has a comparatively light Emmy slate compared to last year, with “The Americans” over and no new “American Crime Story” and “Atlanta” seasons yet, so “Fosse/Verdon” will likely be its main focus. Rockwell, who definitely has the dancing chops if you’ve followed his career, is in second place in our odds. If the series takes off, it could benefit from recency bias since “True Detective” just wrapped its run on Oscar night.

Neither Ali nor Rockwell has won an Emmy before, but the former received a drama guest actor bid in 2016 for “House of Cards.”