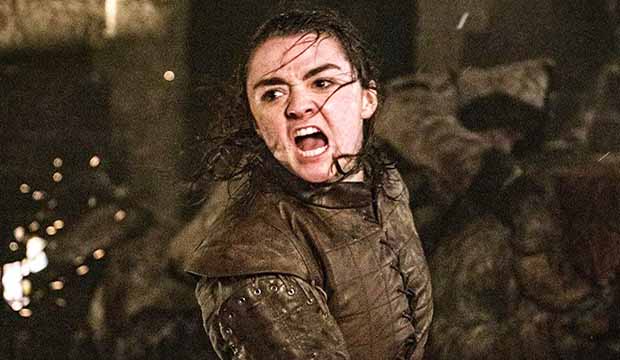 Gold Derby can exclusively reveal that Maisie Williams is entering the episode “The Long Night” from “Game of Thrones” as her 2019 Emmy Awards submission for Best Drama Supporting Actress. This program aired April 28 and was the third episode of the eighth season for the HBO show.

In this installment, the Army of the Dead battles the Living Army outside of Winterfell. The Night King kills Theon (Alfie Allen) and has his eyes set on Bran (Isaac Hepmstead Wright). Arya (Williams) ambushes him and stabs him with her Valyrian steel dagger. The Night King and White Walkers shatter.

This is the second career Emmy nomination for Williams. For the 2019 contest, she is competing against rookie contenders Julia Garner (“Ozark”) and Fiona Shaw (“Killing Eve”) and three actresses from her own show — Gwendoline Christie, Lena Headey and Sophie Turner. Headey has contended before.