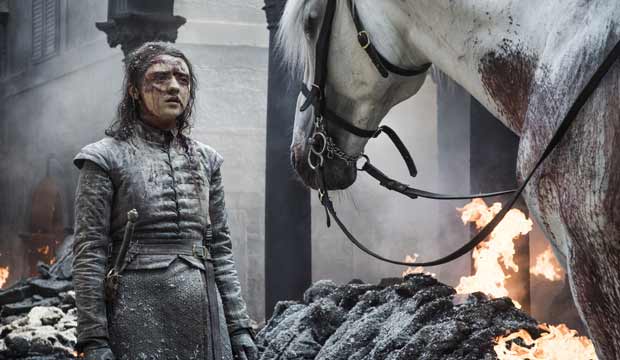 According to our latest Emmy odds, Lena Headey will finally claim Best Drama Supporting Actress for “Game of Thrones,” but we think her co-star Maisie Williams is a serious threat. However, the Emmys don’t usually reward actors as young as she is — she’s only 22. In fact, if Williams does prevail she would be the youngest champ in exactly 40 years.

The last time anyone younger than Williams prevailed in this category was in 1979, when Kristy McNichol won the second of her two Emmys for playing Letitia “Buddy” Lawrence on “Family.” Before that she  had claimed the prize in 1977. She accepted the first award on her 15th birthday, while the second came when she was a few days shy of her 17th birthday.

Williams isn’t alone among young women in this category. Her 23-year-old co-star Sophie Turner and 25-year-old “Ozark” star Julia Garner would also be among the youngest winners in history. But Williams is currently the youngest actress among our top six predicted nominees, and she’s got support from some of our top users in terms of who we think will win.

Williams ranks third overall with odds of 11/2, but one of the Expert journalists we’ve polled — Robert Rorke (New York Post) — is betting on Williams to prevail. Gold Derby Editors Marcus James Dixon, Rob Licuria and Matt Noble are also picking Williams for the win. And she has support from one of our All-Star Top 24 Users who got the highest scores predicting the last two years’ Emmys.

SEE‘Game of Thrones’ reactions for ‘The Bells’: Lena Headey ‘deserves an Emmy for that crying scene’

The three “Thrones” actresses (Williams, Turner and Headey) run the risk of splitting the vote if they’re all nominated, but there’s reason to believe Williams would be the voters’ prevailing choice. She has had more screentime than her co-stars this season and was a focal point in the big battle episodes “The Long Night” and “The Bells.” With only the series finale left to air as of this writing, Williams may go into voting next month with the most popular momentum. What do you think? Will Williams follow in McNichol’s youthful footsteps? 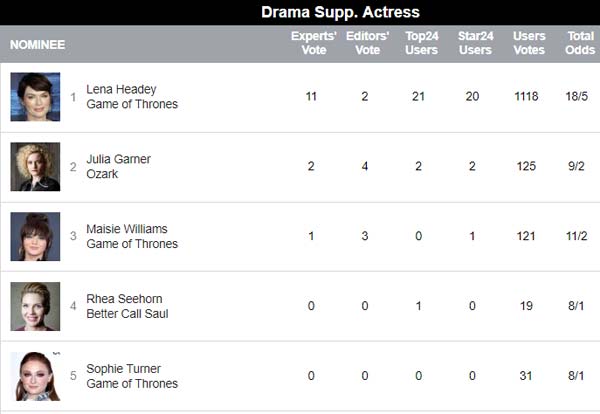 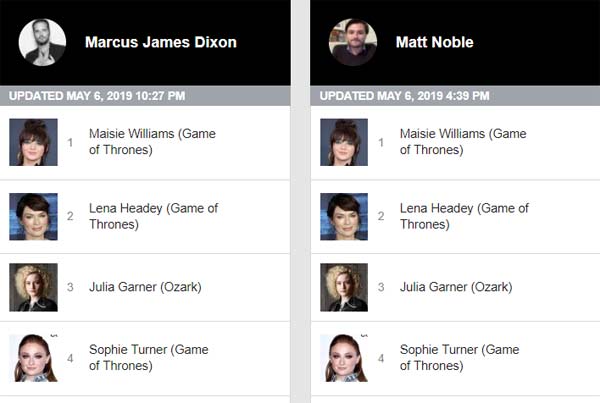