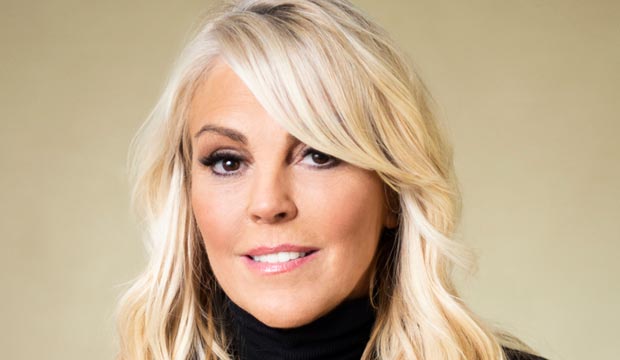 “Don’t mess with Mama Lohan,” declared Dina Lohan on Sunday’s episode of “Celebrity Big Brother” after she was nominated for eviction by Kato Kaelin. The self-proclaimed “momager” of Lindsay Lohan was put on the block alongside Tamar Braxton because Kato didn’t like the way Dina rooted against him in the Head of Household competition. (Tamar was nominated because of her lack of cleaning and penchant for saying she wants to go home.) Are you happy that Dina and Tamar are on the block? Sound off down in the comments section.

After the nominations ceremony in which Kato expressed his reasons for putting them both on the block, Dina said in the Diary Room, “Kato, your speech was a little bit lame. I’m a tough little cookie. I’m a little bit underestimated but I am totally gonna win that Veto.”

For her part, Tamar also didn’t like Kato’s explanation for why she was nominated. “I have nothing to say to Kato,” she stated. “‘You don’t clean up around here’ — like that’s my job? Have you read my resume? It’s longer than yours, boo. I ain’t your maid, m’kay?”

“So I nominated Tamar and I nominated Dina, but there’s still an option for a backdoor,” Kato later explained. “It’s not a Lochte yet.” That was a reference to Ryan Lochte, the biggest physical threat in the game whom Kato is considering putting up as a replacement nominee should Dina or Tamar win the Veto.

Who will win the Power of Veto competition on Monday’s episode? And will it be used to save either Tamar or Dina? Plus, January 28 also happens to be the second live episode of “Celebrity Big Brother,” so one celebrity will soon be talking to host Julie Chen Moonves after they’ve evicted from the house.