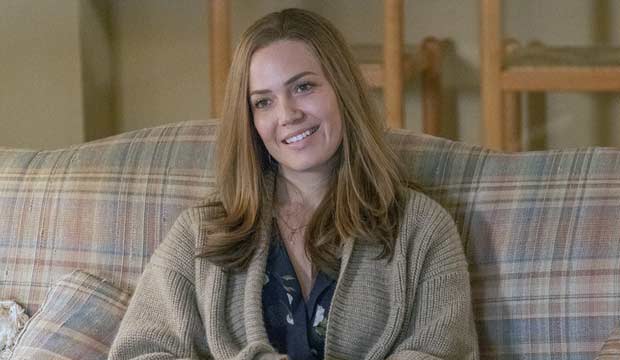 If there was ever a year for Mandy Moore to finally score an Emmy nomination for Best Drama Actress it’s this one. The “This is Us” matriarch has a wide open playing field since only one of last year’s nominees — Sandra Oh for “Killing Eve” — is eligible to return. Despite that golden opportunity, though, she’s still an underdog according to the combined predictions of thousands of Gold Derby users. But one of our Top 24 Users says she’ll make the cut. Since our Top 24 scored the highest out of more than 3,000 users who predicted Emmy nominations last year, maybe we should all reconsider whether we’re underestimating her.

Top user jasonface is the one predicting Moore will be nominated, and that’s not the only limb he’s going out on in that category. As of this writing he says Jodie Comer (“Killing Eve”) will win, while Julia Roberts (“Homecoming”), Laura Linney (“Ozark”), Emilia Clarke (“Game of Thrones”), Christine Baranski (“The Good Fight”) and Moore join her as nominees. That’s right, he’s betting that current Emmy front-runner Sandra Oh will be snubbed entirely.

It’s interesting how crowded this category still is after the exodus of last year’s nominees Keri Russell (“The Americans”), Evan Rachel Wood (“Westworld”), Elisabeth Moss (“The Handmaid’s Tale”), Tatiana Maslany (“Orphan Black”) and winner Claire Foy (“The Crown”), all of whom either finished their runs on their shows or didn’t air new episodes during the eligibility period. Even with them gone the race is stacked with women who were eligible last year but weren’t nominated, including Comer, Baranski, Clarke, Linney and of course Moore. Then there are first-time contenders like movie star Roberts and trailblazer Mj Rodriguez (“Pose”).

But “This is Us” is a two-time nominee for Best Drama Series, and the show is especially popular among the TV academy’s actors branch, which has nominated the show for 11 performance awards over the last two years, including wins for lead actor Sterling K. Brown (2017) and guests Gerald McRaney (2017) and Ron Cephas Jones (2018). The show dipped in year two from 10 total nominations to 8, but it’s the two-time reigning champ at the SAG Awards for its ensemble cast, which indicates that the acting community is still behind the NBC family drama. That could be good news for Moore with the race so wide open. One of our most elite users sure thinks so.

MAKE YOUR PREDICTION: Who'll win Emmy for Best Drama Actress?
To save your prediction, you must log in to Gold Derby. Click here to sign in with existing account -- or create a new one.
PREDICTthe Emmys now; change them until July 16