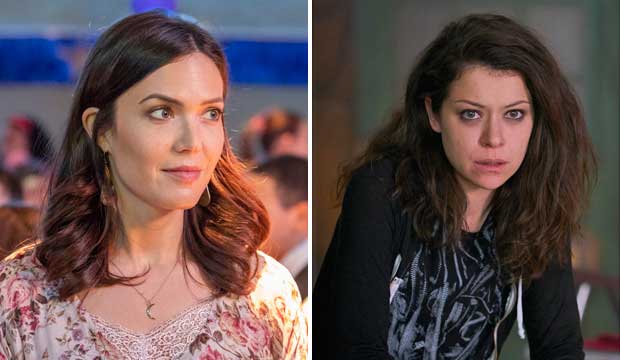 The actors branch of the television academy loves “This is Us,” but matriarch Mandy Moore didn’t receive her first nomination until this year for the show’s third season. Sometimes just getting the nomination is the hardest part. But now that she’s in, can she win? It would be somewhat reminiscent of how Tatiana Maslany (“Orphan Black”) finally won Best Drama Actress in 2016 after she had been snubbed for her show’s first two years.

Moore plays Rebecca Pearson, a mother of three kids, and she gets to play the role across multiple time periods, so voters have the chance to see her dramatic range as an actress: sometimes as a young woman, sometimes as an elderly woman. Despite that, Emmy voters left her on the sidelines until now while they nominated her husband (three-time Best Drama Actor contender Milo Ventimiglia), two of her children (2017 Best Drama Actor winner Sterling K. Brown and 2017 Best Drama Supporting Actress nominee Chrissy Metz), her adopted son’s biological father (2018 Best Drama Guest Actor winner Ron Cephas Jones) and even her OB/GYN (2017 Best Drama Guest Actor champ Gerald McRaney).

This year proved to be Moore’s golden opportunity because only one Best Drama Actress nominee from 2018 was eligible to return: Sandra Oh (“Killing Eve”), who did in fact make the cut. “This is Us” had a resurgent season overall at the Emmys, scoring nine nominations including seven for acting.

The show has won at least one award in each of its first two seasons, always for acting. Brown and McRaney won in 2017, and Cephas Jones prevailed in 2018. Moore also has the benefit of being the only nominee from her show in this category, whereas current front-runner Sandra Oh is at risk of splitting votes with her “Killing Eve” co-star Jodie Comer, opening the door for an upset victory.

It doesn’t hurt that Moore plays the only unambiguously heroic character in the category, up against killers (Comer and Emilia Clarke in “Game of Thrones”), a reluctant criminal (Laura Linney in “Ozark”) and a few morally sketchy professionals (President Robin Wright in “House of Cards,” lawyer Viola Davis in “How to Get Away with Murder,” and Oh, who is obsessed with an assassin). If voters are drawn to characters they sympathize with, Moore is certainly the most huggable.

But sympathy isn’t everything. After all, Davis got away with Best Drama Actress in 2015 and Glenn Close was awarded for doing legal damage in “Damages” in 2008 and 2009. So who do you think Emmy voters will warm up to?