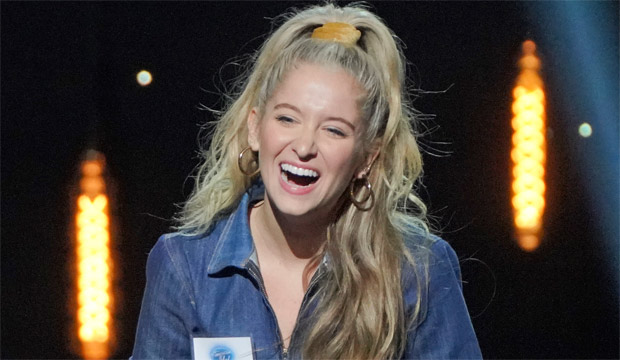 During Sunday’s bloated three-hour Hawaii episode of “American Idol,” judges Katy Perry, Luke Bryan and Lionel Richie made the difficult decision to eliminate Margie Mays, who earned the nickname “Burping Girl” because of her penchant for belching while singing. While Margie left the competition with a smile on her face, fans are left wondering whether it’s truly the end of the road for this quirky 25-year-old dog walker from Wilmington, DE. Should Margie try out again next season on “American Idol”? Vote in our poll below.

SEE‘American Idol’ judges ready themselves for backlash after eliminating Shayy: ‘I’m not sure I like us for that one’ [WATCH]

Several contestants have found great luck by auditioning again after previously being eliminated. Former champs Candice Glover and Caleb Johnson both were cut in prior seasons before they joined the “American Idol” winners list in Season 12 and Season 13, respectively. And then there’s Laine Hardy and Alyssa Raghu, who both made this year’s Top 20 after being sent home early last season.

Even though Margie’s stint on “American Idol” was short, she left a big impression on viewers for her personality. However, following her Hawaii showcase performance of Meghan Trainor‘s “All About That Bass,” Katy told Margie, “This competition is called ‘American Idol,’ not ‘American Personality.'” She continued, “Last night we were testing you on your ability to connect with the audience. Margie, last night wasn’t as strong as Hollywood week when you were showing us that you were a serious vocalist. You need to strike a balance and unfortunately we did not find that balance with you, so you will not be going forward.”

Margie’s performance in Hollywood week that wowed the judges so much was “Never Enough” from “The Greatest Showman.” Even though Margie lacked confidence that day, saying that the “whole journey is exhausting, intimidating — it’s like everybody around me is so good,” she still earned her way into the Top 40 based on that show-stopper. “This is a dream that was way too big to say out loud,” she said at the time.

Back in her original audition of “Shot,” Margie’s energetic responses to the judges’ questions prompted Katy to engage with her in a sort of secret language that included bird chirping and making invisible boxes over their heads. The judges ultimately praised Margie’s vocal abilities, with Katy announcing, “You’re literally a star.” Are you bummed that Margie was eliminated on “American Idol”? Should she try out again next year?