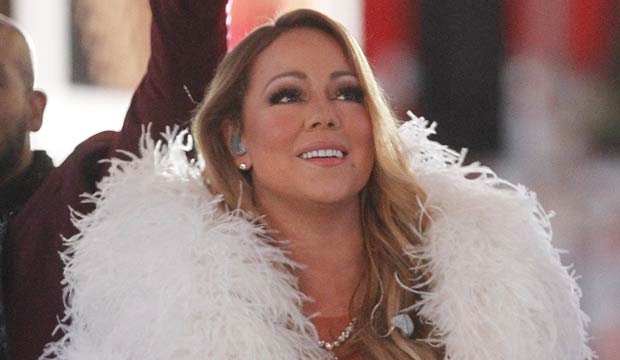 Billboard announced on Thursday, April 11, that Mariah Carey will receive the Icon Award at the 2019 Billboard Music Awards to honor her career achievements as an artist and chart-topper. She will also take the stage to perform a medley of her hits. The honorary prize was established eight years ago and has previously gone to Neil Diamond (2011), Stevie Wonder (2012), Prince (2013), Jennifer Lopez (2014), Celine Dion (2016), Cher (2017) and Janet Jackson (2018).

But which hits could she perform? She could fill the entire awards telecast just with her number-one hits. She has had 18 songs reach the top of the Hot 100 singles chart, more than any other solo artist and second only to The Beatles (20) among all artists. Those 18 hits kept her at the top for a total of 79 weeks, more than any other artist.

One of those singles, “One Sweet Day” with Boyz II Men, holds the record for the longest run at number-one in the history of the chart. It spent 16 weeks in the lead position from 1995-1996, and it stood alone for more than two decades before “Despacito” by Luis Fonsi, Daddy Yankee and Justin Bieber tied that record in 2017.

And she hasn’t even finished climbing the Hot 100. Her 1994 single “All I Want for Christmas is You” is a perennial holiday hit, and it peaked at number-three — in January 2019! Perhaps it too will reach number-one during a Christmas season to come and get her one notch closer to The Beatles’ all-time record.

In addition to her singles success, Carey has also had six number-one albums on the Billboard 200 albums chart. Two of those, “Music Box” and “Daydream,” were certified diamond by the Recording Industry Association of America for sales of more than 10 million copies in the US. Her latest album, “Caution” (2018), hasn’t had that kind of sales success, but it still debuted in the top five, and it may be her most critically acclaimed album to date.

Are you excited to see Mariah Carey perform at the Billboard Awards on May 1? Which songs would you most like to see her perform?