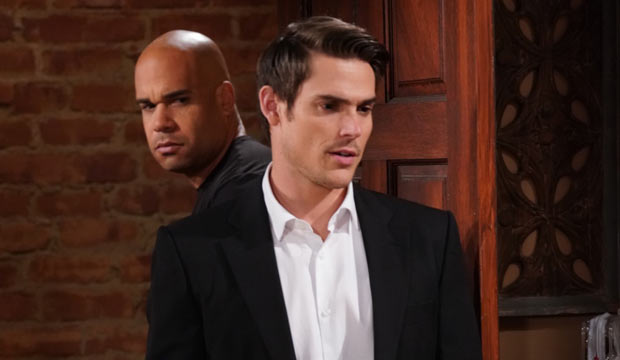 “I think Adam tried to clear the air … and say [to Chloe], ‘Look, if we keep this up, one of us is going to end up dead.’ So, we’ll see if she can move on. I don’t know… Adam has got to keep watching his back,” Mark Grossman told Michael Fairman in a recent interview about Grossman’s arrival on “The Young and the Restless” as a recast Adam Newman. There’s so much bad blood between Adam and the rest of Genoa City that he got shot not long after he came back from the dead.

Before Grossman took over the role, Adam was last seen on the show when Chloe (Elizabeth Hendrickson) blew up a cabin with him inside, and he was presumed dead. Of course, you should never presume anyone is ever really dead on a soap opera, so the character was reintroduced to the show this year, coinciding with the returns of previous cast members Hendrickson, Greg Rikaart (as Kevin Fisher), Melissa Claire Egan (as Chelsea Newman) and Michelle Stafford (as Phyllis Summers).

But some fans were resistant to Grossman’s casting in the role of Adam. At 32-years-old he’s a decade younger than the last actor who played the part, current “This is Us” star Justin Hartley. But Grossman understands the skepticism. “I get it, trust me,” he said. “You watch somebody for years, and you really enjoy watching this person, and then all of the sudden they’re gone, and somebody new comes on. That’s hard to get used to. So, that was a little daunting, but it just is what it is. You just have to go in and put your stamp on it.”

What do you think of Grossman’s performance so far? Read the rest of his interview here and vote in our poll below.