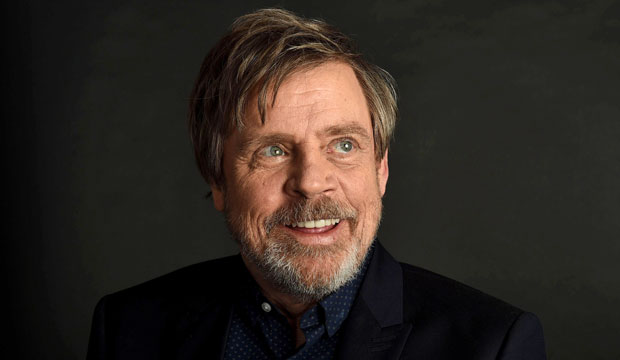 Mark Hamill is best known to fans for playing Luke Skywalker in the “Star Wars” films, but many other sci-fi and fantasy devotees know him for his decades of work as a voice actor. This year he’s nominated for Best Animation Performer at the Daytime Emmys for his work in “Kulipari: Dream Walker.” This is only the second nomination of his career. Can he finally win?

“Kulipari” is a Netflix animated series set in the Amphibilands, a hidden village of frogs defended by the title characters, an elite group of poison frogs. Hamill is nominated for voicing two characters: elderly frog warrior Old Jir and elderly scorpion Caz. But his biggest claim to fame as a voice actor was as the Joker in “Batman: The Animated Series” and various other animated shows and video games since the early 1990s. He has also been featured in “Spider-Man: The Animated Series,” “The Woody Woodpecker Show,” “Avatar: The Last Airbender” and many more.

But Hamill didn’t pick up his first Emmy nomination until 2015, when he contended in this category for, appropriately enough, “Star Wars: The Clone Wars.” He wasn’t nominated as Luke Skywalker, though. He earned that bid for playing Darth Bane in an episode of the animated series. So he’s still due for his first victory.

And we think he could do it for “Kulipari,” though he’s not the front-runner. According to the combined predictions of hundreds of Gold Derby users, he currently ranks second with 4/1 odds, behind another prolific voice actor, Chris Diamantopoulos (“Disney Mickey Mouse” as the title character), who leads with 10/3 odds. Diamantopoulos hasn’t won an Emmy yet either, and this is his third bid for voice acting following a primetime nom for this series in 2014 and a daytime nom for “Skylanders Academy” in 2018. Will one of the overdue voice vets win?