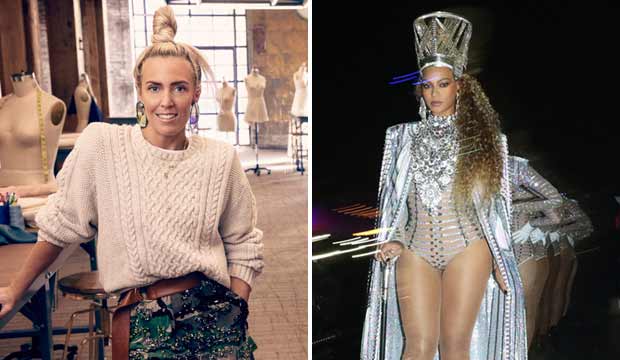 “Project Runway” got a makeover this season with new host Karlie Kloss and new mentor Christian Siriano. Apparently, Emmy voters didn’t like the new look because “Runway” didn’t receive any nominations for the first time in its history. But that doesn’t mean all the talent from the show went unrewarded. Stylist Marni Senofonte, who brought her fashion expertise to the show as a special adviser to the contestants, earned a bid for dressing Beyonce.

The “Runway” designers were thrilled to work with Senofonte because of her reputation as a stylist to the stars, and she has proven her mettle with a nomination for Best Costumes (Variety, Nonfiction or Reality) for “Homecoming,” the Netflix special about Beyonce’s 2018 Coachella concert that was inspired by historically black colleges and universities. Senofonte shares her nomination with fellow costume designer Oliver Rousteing and costume supervisor Timothy White.

Can they win? They’re up against the “RuPaul’s Drag Race” design team of Zaldy Goco (for RuPaul) and Art Conn (for Michelle Visage) for the episode “Trump: The Rusical.” Goco has won Best Costumes for the last two years, and it’s no wonder since fashion is crucial to “Drag Race.” And the show has become an Emmy darling with 9 nominations this year — 14 if you count the noms for its various offshoots and spinoffs. So it might be tough to beat.

Also nominated is “Dancing with the Stars” (for its season premiere episode) which won an Emmy for its costumes in 2006; “Saturday Night Live” (for the episode hosted by Sandra Oh), which won in 2014; and “The Masked Singer” (for the season finale), which is new to the category but whose costumes are central to the show’s premise of concealing the identities of celebrity singers.

That might be a difficult race for “Homecoming” to win, though it may benefit from standing out from the crowd as the only music documentary in the running against four continuing series. So if “Runway” returns for another season, perhaps Senofonte can bring her Emmy back with her as inspiration.