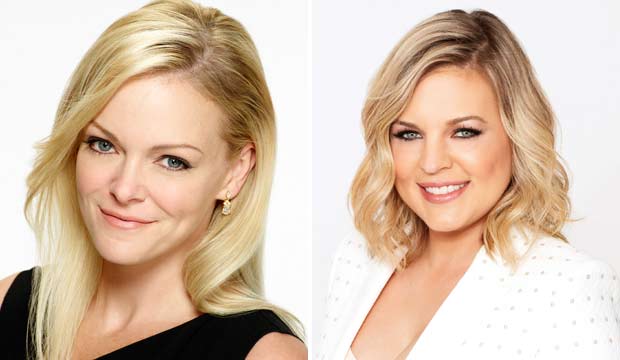 The Daytime Emmys could nominate two Belles for the price of one in this year’s race for Best Supporting Actress. Martha Madison is pre-nominated for playing Belle Black on “Days of Our Lives,” but also on the ballot is Kirsten Storms, who currently co-stars on “General Hospital” as Maxie Jones. From 1999-2004, when Storms was a teenager, she was the one who popularized the role of Belle. But Storms was never nominated for that role, and so far Madison hasn’t been either.

Belle is the daughter of “Days” super-couple Marlena Evans (Deidre Hall) and John Black (Best Actor pre-nominee Drake Hogestyn). The character was actually born in 1993, but the show rapidly aged her to her teenage years with the casting of Storms. However, the actress didn’t get on the Emmy radar until she left “Days” and joined “GH” as Maxie, another legacy character.

The daughter of super-couple Frisco and Felicia Jones, Maxie was originally played by child actress Robyn Richards for 11 years (1993-2004) before Storms took over in 2005. Storms has been in the role ever since (except for a year when she temporarily left the show for medical reasons), so she has now played the role longer than anyone else.

Despite almost 15 years as Maxie and now 20 years in daytime, Storms only has one Daytime Emmy nomination to her name: Best Younger Actress for “GH” in 2009. And Madison hasn’t been nominated at all yet. Will this be a breakthrough Emmy year for both of them? According to the predictions of Gold Derby users as of this writing, Storms will actually win Best Supporting Actress; she gets leading odds of 71/20 thanks to a big year of storylines in which Maxie mourned the death of her husband Nathan and the subsequent birth of their child.

But Madison may not be so lucky. She trails in our predictions with 100/1 odds. Do you think we’re underestimating her, or will Madison be on the wrong end of the Belle curve yet again?