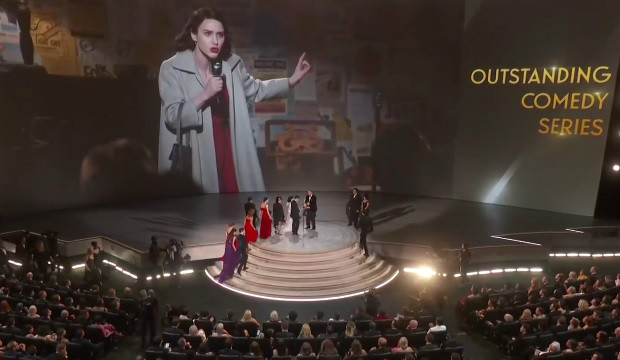 In the run up to the Oscars last month, 16 industry guilds and societies presented annual awards for film, as well as television. “The Marvelous Mrs. Maisel” won 14 awards from 11 guilds and societies, making it the most successful run in a single year ever by a comedy series. It won:

The previous guild record for a comedy was “Modern Family” in 2011 with eight wins from seven guilds. “The Marvelous Mrs. Maisel” previously broke the record for most Emmys ever won by a comedy series for a single season, with eight wins last September from 14 nominations. The Casting Society of America and Guild of Music Supervisors follow the Emmys’ lead by using the traditional television season for their eligibility periods, so “The Marvelous Mrs. Maisel” won awards from them for its first season after being ineligible last year; the rest of its recent guild wins were for its second season, which Amazon released in December 2018.

SEEwhen the seventh and final season of “Veep” will premiere

How do you think “The Marvelous Mrs. Maisel” will fare this summer? Make your Emmy predictions today so that Hollywood insiders can see how their shows and performers are faring in our odds. You can keep changing your predictions as often as you like until the nominations announcement on July 16. And join in the debate taking place right now with Hollywood insiders in our television forum.