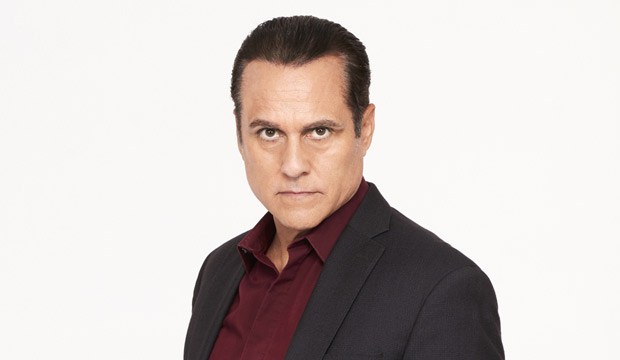 Maurice Benard has been one of the most prominent actors on “General Hospital” for more than two decades as mob boss Sonny Corinthos, but despite eight Daytime Emmy nominations over the course of his career he has only won once: Best Actor in 2003. He’s nominated for that award again this year — his first bid since 2012 — so can he finally get back into the winner’s circle for the first time in 16 years?

The Daytime Emmy nominees and winners are decided by blue ribbon panels judging sample performance reels of each actor’s work. The press were granted access to this year’s dramatic acting reels, so find out all about Benard’s submission below.

Synopsis: This reel focuses on Sonny’s struggle to take care of his father Mike (Best Supporting Actor nominee Max Gail), who is suffering from Alzheimer’s disease. At first Sonny is angry with his father, who is working as a bag man and seems to have stollen $10,000. But then we see Sonny comforted by Jason (Steve Burton) and Carly (Best Actress nominee Laura Wright) as he explains to them that Mike is suffering from the deadly illness. He feels guilty that he didn’t realize it sooner, and he asks Stella (Best Supporting Actress nominee Vernee Watson) if the day will come that Mike doesn’t recognize him at all.

The next scene features Sonny with Mike again: Mike doesn’t remember him, so Sonny tearfully pretends to be someone else to get Mike through his emotional episode. That’s followed by a fantasy sequence in which Sonny imagines that his son Dante (Best Supporting Actor nominee Dominic Zamprogna) is entering a life of crime as Sonny pleads for him not to; Sonny explains the darkness within himself that led him to a life of crime.

The reel ends with two more scenes between Sonny and Mike: Sonny convincing his currently lucid father to sign over his rights so that Sonny can make decisions for him when he can no longer make them for himself. And at the end Sonny takes the stage to help his father get through a musical performance as his memory fails.

Pros: This Alzheimer’s storyline was one of the most discussed and promoted from any soap opera in 2018, and the academy may wish to honor Benard for it. The actor gives a deeply sympathetic performance that achieves significant emotional impact sometimes just from his quiet, heartbroken reactions to his father’s deterioration, especially in the scene where Sonny must keep it together and pretend to be a stranger to keep his father calm.

Cons: Benard is a powerhouse actor often known for bigger theatrics than are on display in this reel, so voters may prefer to see him at his most dramatically intense. The actor has also been hit-and-miss with the Emmys over the years; this is his first nomination since 2012, so voters may not be as fond of his style as they are of other actors.