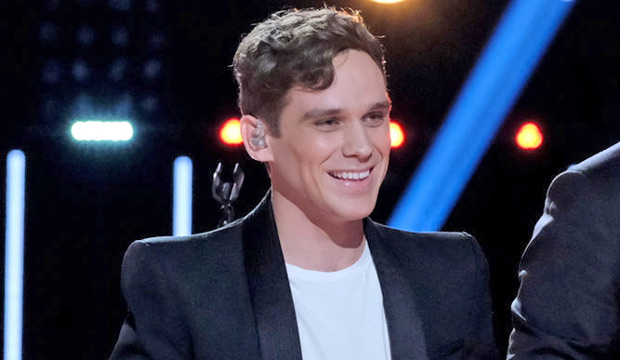 In our recent poll that asked “The Voice” fans to name which Team Kelly Clarkson artist they want to win Season 17, Max Boyle came out on top with 62% support. This 23-year-old artist from Toledo, Ohio wowed audiences with his live falsetto version of “Falling Slowly” during Monday’s live playoffs, so it’ll be a major snub if he doesn’t make next week’s Top 13.

Rounding out Team Kelly, Hello Sunday came in second place in our poll results with 20%, followed by Jake Hoot at 11%, Shane Q at 5% and Damali at 2%. Do you agree with “The Voice” viewers that Max deserves to join the winners list? Sound off down in the comments section.

SEE ‘The Voice’ power rankings: Team Kelly Clarkson all 5 artists from best to worst for Season 17

Following Max’s live performance, Kelly admitted, “Okay, I’m gonna own this. I have never recorded a rehearsal on ‘The Voice’ and I listened to you last night before I went to bed cause I recorded your vocal on this. You are so talented, Max. Like, I knew you were talented, but in rehearsal I was like, you are so gifted. There is no way you’re not going all the way. You’re so good, man.”

In his “The Voice” live blog, our recapper Denton Davidson had this to say about the performance: “Now Max Boyle is singing ‘Falling Slowly’ and this was a great steal for Team Kelly. He’s one of the most unique vocalists this season and I love his delivery. Max has a nice tone and he’s someone in the competition I can imagine being a pop star in today’s musical landscape. Midway through the performance John was already on his feet and by the end the other coaches rose up as well.”

Can Max now go on to become the third overall champion for Kelly following her victories for Brynn Cartelli (Season 14) and Chevel Shepherd (Season 15)? “I am so excited I got to steal Max from John Legend,” Kelly gloated. “Max has a different type of falsetto. It’s like Justin Timberlake. I call Max Superman cause I got me a superhero.”

Max’s song list so far on “The Voice” has included “Wayfaring Stranger” in the blind auditions, “Let Me Love You” in the battles, “when the party’s over” in the knockouts and “Falling Slowly” in the playoffs.