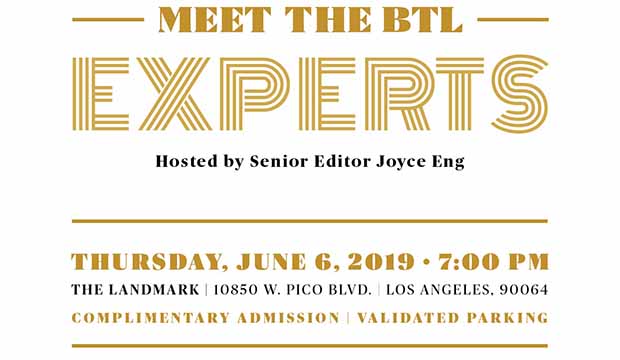 You are invited to attend our Q&A discussion with four of TV’s top costume designers who now compete for Emmys. Join us on Thursday, June 6, at 7 p.m. at the Landmark Theater at 10850 W. Pico Blvd. in Los Angeles. Admission and parking are free. TV Academy and guild members will get priority seating.

Carter won at the Oscars this year for “Black Panther” and was nominated twice before for “Malcolm X” and “Amistad.” She has been nominated at the Costume Designers Guild Awards for “Selma” and won for “Black Panther.” Her prior Emmy nomination was for “Roots.”

Cole was nominated at last year’s Emmy Awards for “Black-ish.” She also had four previous bids for “In Living Color.” Other projects in her career have included “The Steve Harvey Show,” “The Bernie Mac Show” and “The Soul Man.”

Eagan received an Emmy nomination for “Olive Kitteridge.” She has been nominated at the Costume Designers Guild Awards for the films “Beasts of No Nation and “Widows” plus for her television work on “Olive Kitteridge,” “True Detective” and “Nespresso: The Quest.”

Phillips has been nominated three times at the Costume Designers Guild Awards for “Star Trek: Discovery” (twice) and “Star Trek: Short Treks.” Other projects in her career have included films “Tangled,” “Narc,” “Talk to Me,” “Miles Ahead” and First Sunday” plus TV projects such as “Evel Knievel,” “Barbershop,” “A Raisin in the Sun” and “The Secret Life of Marilyn Monroe.”