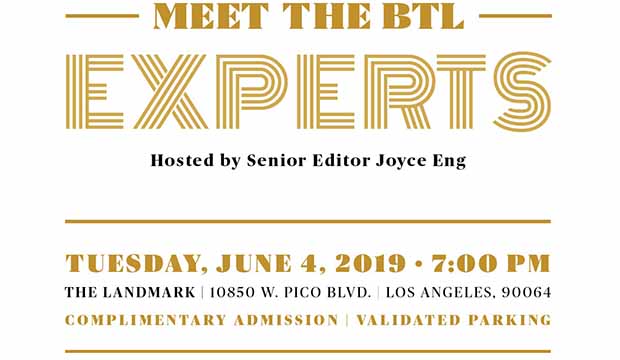 You are invited to attend our Q&A discussion with four of TV’s top production designers who now compete for Emmys. Join us on Tuesday, June 4, at 7 p.m. at the Landmark Theater at 10850 W. Pico Blvd. in Los Angeles. Admission and parking are free. TV Academy and guild members will get priority seating.

MICHAEL WYLIE represents CBS All Access for “The Twilight Zone”