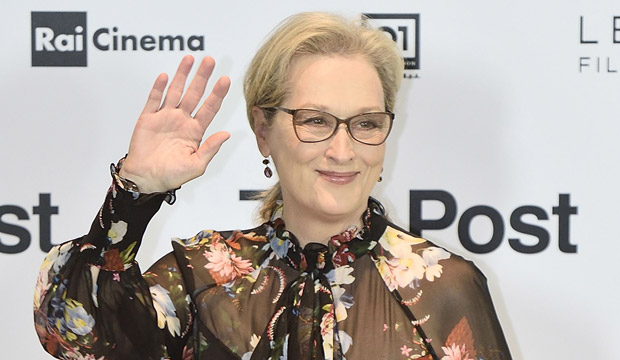 According to our latest poll results, you want to give Meryl Streep the Screen Actors Guild life achievement award next January. Last year’s recipient Alan Alda was announced by the SAG Awards on October 4, so the next person will probably be revealed very soon. If their past history remains true, the choice will be someone at least 70 years old with either a strong career in film, television or both.

It is surprising that Streep hasn’t been chosen already, but that’s the case with all of the people featured in our poll. See the full list below along with the percentage each received.

Here are the 12 possibilities featured in our poll below, all over age 70. Many have already been honored for similar awards by the American Film Institute, Golden Globes and/or Kennedy Center Honors. We did not include Gene Hackman or Jack Nicholson since both are retired and seemingly reluctant to make public appearances.