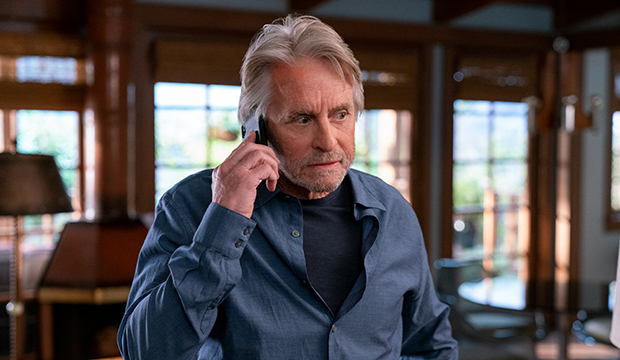 Michael Douglas had a very good Monday. Not only did he celebrate dad/icon Kirk Douglas‘ 103rd birthday, but he received his second straight Golden Globe nomination for Best TV Comedy/Musical Actor for “The Kominsky Method.” As the reigning champ, he now could do what no one has done in a decade: win back-to-back awards.

The last person to defend his comedy/musical actor crown was Alec Baldwin 10 years ago for the third-going-into-fourth seasons of “30 Rock.” That was actually his third Globe, following his first win for the first season. Not counting Douglas, everyone since has been a one-time champ: Jim Parsons (“The Big Bang Theory”), Matt LeBlanc (“Episodes”), Don Cheadle (“House of Lies”), Andy Samberg (“Brooklyn Nine-Nine”), Jeffrey Tambor (“Transparent”), Gael Garcia Bernal (“Mozart in the Jungle”), Donald Glover (“Atlanta”), Aziz Ansari (“Master of None”).

The Hollywood Foreign Press Association loves to move on quickly to new things, so none of this is surprising. With the exception of Parsons, who won for “Big Bang’s” third-going-into-fourth seasons, and Bernal and Ansari, who prevailed for their respective shows’ sophomore installments, everyone else won for their first seasons, including Douglas. But if the HFPA really, really likes you, it has no problem giving anointing you more than once.

Before Baldwin took home three Globes in four years, the category’s last multiple champ was Michael J. Fox, who three-peated for “Spin City” from 1998-2000. He also has a fourth statuette for “Family Ties,” which he won in a three-way tie with Judd Hirsch (“Dear John”) and Richard Mulligan (“Empty Nest”) in 1989.

It’s clear the HFPA still likes “The Kominsky Method,” which won Best Comedy/Musical Series last year, very much. The show retained all three of its nominations from last year, including for supporting player Alan Arkin. It’s less notable that Douglas is one of two nominees, the other being Bill Hader (“Barry”), to return from last year since the other three, Glover, Jim Carrey (“Kidding”) and Sacha Baron Cohen (“Who Is America?”), were ineligible. But Douglas is one of three nominees this year whose show is up for the series prize, along with Hader and Ben Platt (“The Politician”), which is often a signal as to who has the support.

Douglas, Hader and Platt are up against Paul Rudd (“Living with Yourself”) and Ramy Youssef (“Ramy”).