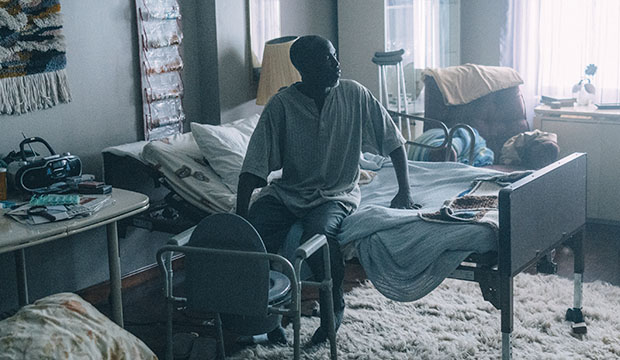 Michael K. Williams received one of the eight acting Emmy nominations for “When They See Us,” in Best Limited Series/TV Movie Supporting Actor. It’s the actor’s third nomination in the category, making him one of six men to have nabbed at least three bids. But if Williams wants to win, he’ll have to pull off a rare feat because not many of them have converted their nominations into victories.

Williams joins Beau Bridges, John Gielgud, John Malkovich and Joe Mantegna as three-time Best Limited Series/TV Movie Supporting Actor nominees, while Brian Dennehy holds the category record with four bids. Only two of them have won here: Bridges, who is the category’s only two-time champ (“The Positively True Adventures of the Alleged Texas Cheerleader-Murdering Mom,” 1993; “The Second Civil War,” 1997) and Malkovich, who prevailed for “Death of a Salesman” in 1986. (Gielgud has an Emmy in lead for “Haverford Downs” in 1991, but Mantegna and Dennehy, who has two nominations in lead, are still awaiting a win.)

SEE Michael K. Williams on why ‘When They See Us’ is so personal: ‘This could have easily been me’ [EXCLUSIVE VIDEO INTERVIEW]

While folks with multiple nominations usually win at least once — and frequently more than once — in the regular series acting races, it makes sense that wins aren’t as common for repeat nominees on the limited series/TV movie side since they’re typically not playing the same character year after year that voters get used to. Williams’ three nominations have all come since 2015: for “Bessie” (losing to Bill Murray for “Olive Kitteridge”), in 2017 for “The Night Of” (losing to Alexander Skarsgard for “Big Little Lies”) and now for “When They See Us.” The close proximity of the nominations for the “Wire” alum could give him an edge.

Plus, Williams was never considered a favorite during his previous two bids. And though he’s technically not the frontrunner this year — he’s in second place in our odds — he is in a 16-time nominee that’s heavily predicted to win Best Limited Series. The only thing is, Williams, who plays Bobby McCray, the father of one of Antron McCray, is up against two co-stars, 17-year-old newcomer Asante Blackk, and John Leguizamo, who also plays another Central Park Five patriarch, Raymond Santana Sr., with a complicated relationship with his son, Ray Jr., which means they could vote-split.