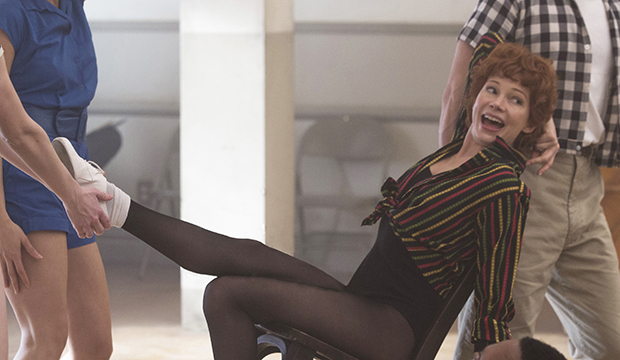 Michelle Williams has been one of the most under-awarded actors in recent memory, at least when it comes to the major awards bodies. But that will all probably change in a few months; in fact, it already is changing. After winning the Television Critics Association Award and Emmy for her transcendent performance as Gwen Verdon on “Fosse/Verdon,” she looks poised to be the second person to complete a sweep of the five biggest awards for TV acting in a single season once the Golden Globes, Critics’ Choice and Screen Actors Guild Awards roll around in January.

Only one person has collected all five awards in one season for a single performance — and it was another star on an FX limited series who portrayed a real person: Sarah Paulson as Marcia Clark on “The People v. O.J. Simpson: American Crime Story.” Like Williams, Paulson started her run at the TCA Awards, winning Individual Achievement in Drama, in August 2016 and followed it up a month later with her first Emmy in Best Limited Series/TV Movie Actress. She then dominated the winter awards in January 2017, capping with the SAG for Best Limited Series/TV Movie Actress.

Four other people have completed this TV grand slam for a single performance, but they were over the course of multiple years: Bryan Cranston (“Breaking Bad”), Claire Danes (“Homeland”), Tina Fey (“30 Rock”) and Julianna Margulies (“The Good Wife”). In Fey’s case, she snagged four of the awards for the second season of “30 Rock,” but Critics’ Choice didn’t start honoring television until 2011, after the fifth season of “30 Rock”; she won the inaugural award.

Williams is currently the favorite to take home Best Limited Series/TV Movie Actress in our early Globes and SAG odds, and while our Critics’ Choice predictions center isn’t live yet, it’s safe to assume she’d top those odds as well. Not only does she have the performance — one that was so superb, she gradually overcame Globe, Critics’ Choice and SAG champ Patricia Arquette (“Escape at Dannemora”) to be the Emmy frontrunner — but also the momentum following her searing Emmy acceptance speech calling for equal pay.

Not to get too ahead of ourselves, but maybe after this, the four-time nominee will finally get her Oscar.