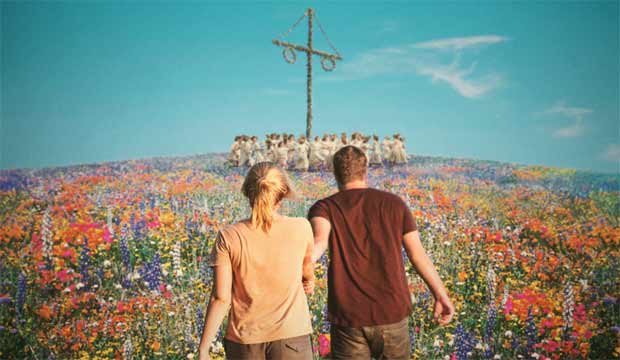 Ari Aster made an auspicious feature directing debut in 2018 with “Hereditary,” a mind-warping horror film that combined family tragedy with supernatural terror and was so admired by critics that it became a rare example of its genre to appeal to awards voters too, including the Critics’ Choice and Independent Spirit Awards. Just a year later the filmmaker has followed that up with “Midsommar,” which opened on July 3. It’s also a horror film and also distributed by A24. Is it also as good?

As of this writing the film has predominantly positive notices. It has a MetaCritic score of 71 based on 39 reviews — 30 positive, 8 mixed, 1 outright negative. And over on Rotten Tomatoes it gets a freshness rating of 82% based on 125 reviews counted thus far (102 positive, 23 negative). The RT critics’ consensus says, “Ambitious, impressively crafted, and above all unsettling, ‘Midsommar’ further proves writer-director Ari Aster is a horror auteur to be reckoned with.”

Those numbers aren’t quite as high as “Hereditary’s” (87 on MC, 89% fresh on RT), but they’re not to shabby for a followup, especially in the horror genre. This one focuses on Dani (Florence Pugh), who follows her boyfriend Christian (Jack Reynor) to a summer festival in Sweden after a family tragedy. As you might have guessed, the festival takes a dark turn. Critics who admire the film praise its “terrifically juicy,” “cornea-searing” approach. It’s an “extraordinary experience that’s equal parts befuddling and enthralling.” Aster once again displays his “deranged verve” behind the camera. And lead actress Pugh is “luminously expressive.”

But naysayers argue that Aster is better at style than he is at story this time around, “building tension to the point of losing the plot.” Are you excited to be unnerved by that tension? Or will you be staying away from these summer scares? Check out what a few critics are saying below, and discuss this and more with your fellow movie fans here in our forums.

Tomris Laffly (RogerEbert.com): “The filmmaker fidgets with that peculiar breathlessness once again throughout ‘Midsommar,’ a terrifically juicy, apocalyptic cinematic sacrament that dances around a fruitless relationship in dizzying circles … This superb psychedelic thriller sowed somewhere amid an outdoorsy ‘mother!,’ a blindingly lit ‘Dogville’ and fine, a contemporary ‘The Wicker Man,’ is different by way of Aster’s loosened thematic restraint.”

Leah Greenblatt (Entertainment Weekly): “Everything that happens in writer-director Ari Aster’s cornea-searing, fantastically unnerving folk-horror reverie unfolds in the dazzling glare of June-bright sunlight — a waking nightmare nestled cozily within the clapboard barns and verdant valleys of the Swedish countryside … His actors — especially the luminously expressive Pugh — are too good not to make the most of their roughly sketched roles.”

Lindsey Bahr (Associated Press): “‘Midsommar’ is a waking nightmare and I mean that in the best possible way … Writer and director Ari Aster is to thank, or blame, for this extraordinary experience that’s equal parts befuddling and enthralling. It’s only Aster’s second feature film following the terrifying family drama ‘Hereditary’ and it’s clear that the talent and deranged verve he teased there was no fluke.”

Stephanie Zacharek (Time): “Aster has some good ideas, and skill at bringing them to life onscreen: there’s a flower crown, worn by a fair maiden, whose blossoms appear to breathe — it blinks at us lazily, like a malevolent sea creature. ‘Midsommar’ … is best during these wild and spooky storybook moments. Nature is all around, and it’s not always your friend. But Aster is obsessed with building tension to the point of losing the plot.”