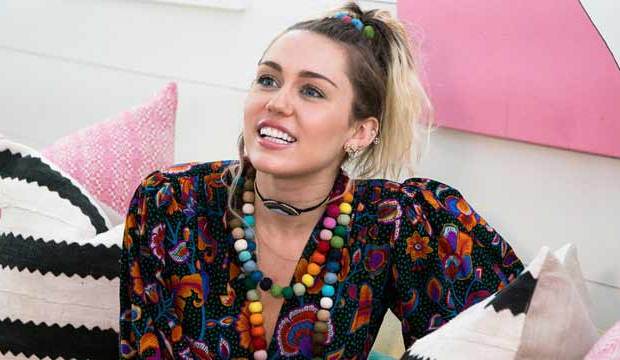 Over the Memorial Day weekend, Miley Cyrus announced that she is releasing a new EP, “She is Coming,” which will debut on May 31. It follows her last album “Younger Now,” which she released almost two years ago. Scroll down to see her Instagram announcement at the bottom of this post.

Cyrus rose to fame on the Disney Channel series “Hannah Montana,” during which time she released her debut album “Meet Miley Cyrus” in 2007 when she was just 14. She later evolved her wholesome image with the more provocative albums “Bangerz” (2013), which went triple platinum, and the experimental “Miley Cyrus and Her Dead Petz” (2015), which she released independently for free. “Younger Now” returned her to her country-pop roots, though it didn’t achieve quite the commercial success of her previous efforts, peaking at number-five on the Billboard 200 albums chart.

The announcement of the new album followed her performance of three new songs on BBC Radio over the weekend: “Cattitude,” “Dream” and “Mother’s Daughter.” Will her new release get her back to the top of the Billboard 200 albums chart for the first time since “Bangerz”? And might it get her back to the Grammys? She received her first and only nomination to date in 2015 when “Bangerz” contended for Best Pop Album. And who knows, maybe one of her songs will finally knock her dad Billy Ray Cyrus out of the top spot on the Billboard Hot 100, which he has ruled thanks to “Old Town Road” with Lil Nas X.

SHE IS COMING 🚀 5/ 31 Pre Save now! Or live with regret for the rest of your existence 😜 miley.lk/sheiscoming (link in story) 📸 : @graysorrenti